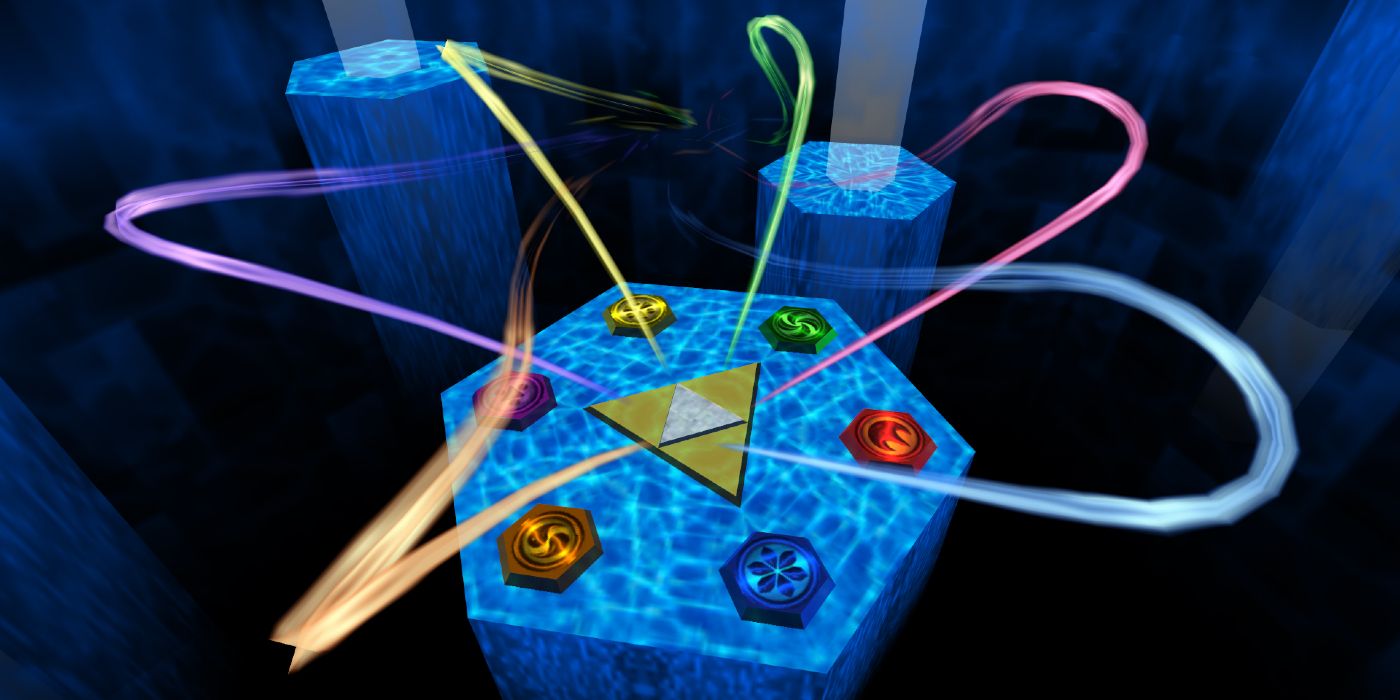 The Legend of Zelda: Ocarina of Time had a dungeon for each sage, but Rauru’s Temple of Light was in the Holy Realm. What could it look like?

Released in 1998, The Legend of Zelda: Ocarina of Time still remains a masterpiece today. Its gameplay was groundbreaking for the time, and its storytelling is still emotionally captivating. Link removing the Master Sword from its pedestal in the Temple of Time, in particular, is an iconic scene in video game history. What follows is Adult Link’s journey to awaken five ancient sages and use their combined power with Rauru, the sage of light, to defeat Ganondorf. Link must enter five temples across Hyrule to do so, but if there was a sixth Ocarina of time dungeon in the Temple of Light?

When Link draws the sword, he opens the seal over the sacred realm, a sort of mystical plane that houses the Temple of Light and the Triforce. Link wakes up in the Temple’s Chamber of Elders seven years later, where Rauru explains that Link’s unsealing allowed Ganondorf to enter the Holy Realm and steal the Triforce of Power. Now, the Chamber of the Sages is the last bastion against the corruption of the kingdom by Ganondorf.

So that the Temple of Light is playable Zelda dungeon, the whole story of Ocarina of time should be rearranged. It would probably be better suited as a final temple before Ganon Castle. Perhaps Rauru could no longer hold back the monsters in Ganondorf, so the Chamber of the Sages fell into the hands of the King of Evil. Link would have to make one last trip to the Corrupted Holy Realm to save the sage from the light.

A corrupted area of ​​the Holy Realm could have been a very interesting dungeon location for Ocarina of time. The influence of Ganondorf’s evil power is visible throughout Hyrule – in the monsters that have invaded Kokiri Forest and in Lake Hylia being emptied of its water. Seeing the Chamber of the Sages (and more so the Temple of Light) nearly destroyed by Ganondorf would have been a last grim reminder of his power.

As a Temple of Light, the puzzles could have used more THE Legend of ZeldaMirror Shield, which has only had a brief stint in Ocarina of timeThe Temple of the Spirits. The Mirror Shield could have harnessed Rauru’s power to banish corrupt evil from Ganondorf, a move that would have served as a prelude to the power of the Sages used to build the bridge to Ganondorf Castle. A reasonable boss could have been a shadow form of Ganondorf himself, although Phantom Ganon is already the boss of the Forest Temple; maybe this one could be a darker, more ghostly Ganondorf built from pure evil energy. Wind waker has used the Phantom Ganon boss twice, so it’s not unheard of.

While it’s fun to think of a Temple of Light dungeon in Ocarina of time, it’s probably for the best that Rauru has been relegated to the role he found himself in. The Sacred Realm has mostly been kept a mystery throughout the series, and The Legend of Zelda: Ocarina of Time already has a lot of great dungeons. Still, a Temple of Light could have been used to dramatically increase the tension before Link confronted Ganondorf in his castle.

Next: Every Legend of Zelda Game Where Ganon IS NOT the Main Villain

Life is Strange: True Colors Review – A series that defines the entry