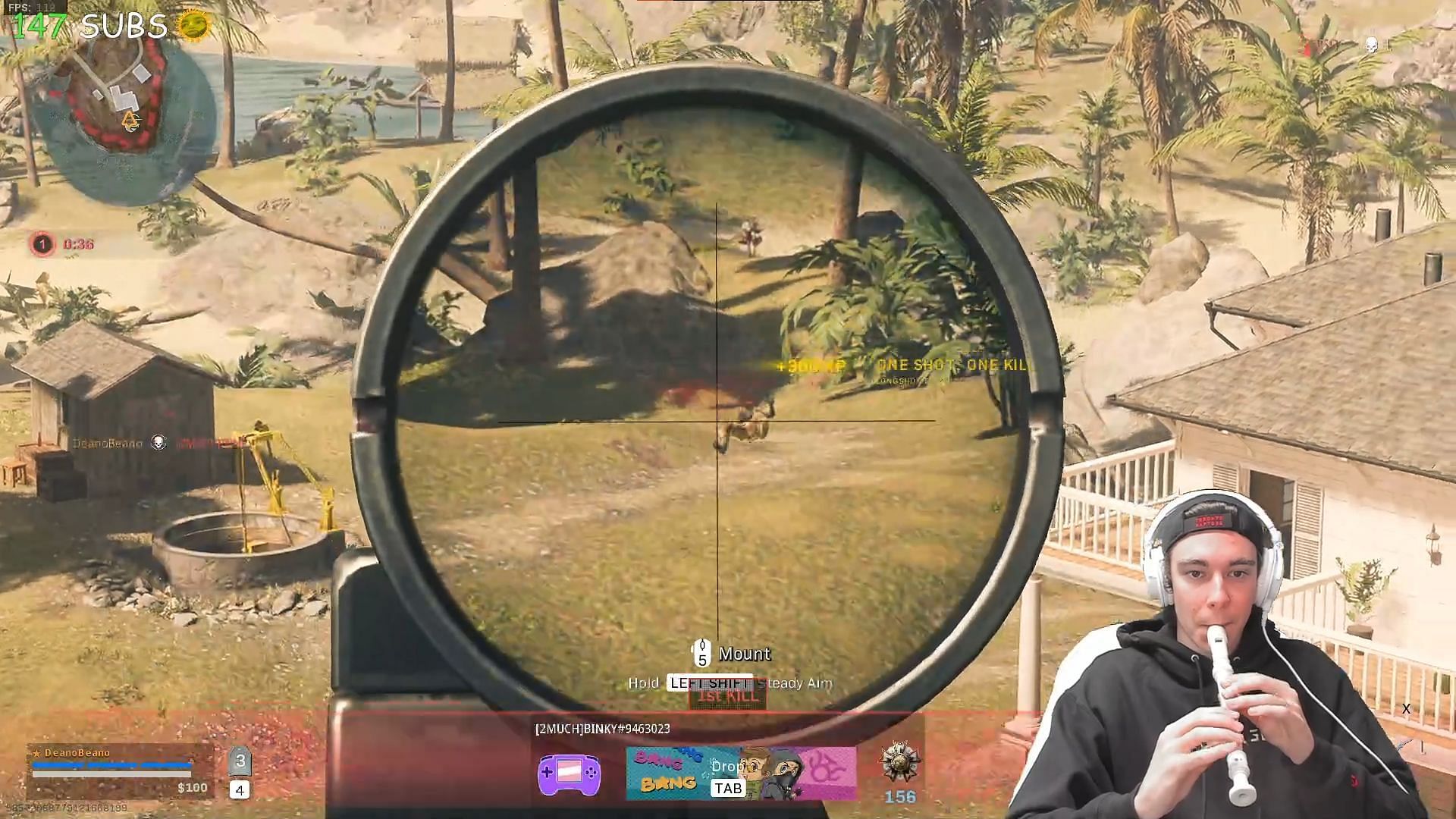 Warzone streamer DeanoBeano is known for playing the game using unique musical instrument-themed controllers, and one of his clips has gone viral on Twitter. The player can be seen playing a flute controller during his September 13 stream, landing a perfect sniper shot on an unsuspecting opponent.

DeanoBeano prefers musical instruments for playing FPS games and made headlines in January 2021 for scoring a Gulag victory with one of his trusted recorders. This time, he used a wind instrument to carefully land a sniper shot to kill an opponent from a distance.

The 21-second clip racked up 13.7 million views on Twitter in a single day. Esports personalities and the entire gaming community came together to salute the dedication of the streamer who had to learn the flute-shaped instrument’s complicated controls to align the reticle with the enemy’s head .

“How does it work?” : amazed Twitteratis wonder how the streamer got so good with the recorder

@DeanoBeano how does this even work? i’m really curious

@DeanoBeano how does this even work? i’m really curious

Gamers were stunned after DeanoBeano posted the clip. As with anything so bizarre, the clip went viral instantly as it hit nearly every hitbox for a hit Warzone clip. Many people began to wonder how it all worked, with Deano blasting off a long-range sniper headshot while using a recorder as a controller, pricking fans’ curiosity.

The streamer answered the question several times, and in a recent stream he said this:

“So anyone wondering how this works. I have two programs. I have a pitch to MIDI converter and I have a MIDI to keyboard command converter. So the first is routed to the second. So it has a little bit of delay, it’s not perfect. But, yeah.

In a article as of 2021, DeanoBeano was quoted speaking about the difficulties in finding the right notes. The fact that a note corresponds to a hotkey limits the player’s movement and shooting abilities. His abilities seem even more impressive when you consider that he also accomplished this with other musical instruments, including a guitar and drums.

Here’s a clip from 2020 where he scores a victory in the Gulag with drums:

The Twitch streamer has been working on his skills for a while now, but this is the first time one of his clips has received so much success, reaching almost 14 million people.

Naturally, streamers and esports pros alike reacted to the clip, while throngs of FPS enthusiasts also came out to salute his skills with the recorder. Twitter feeds were full of memes about the funny situation:

@DeanoBeano Brother, the last note you played gave me a heart attack

@DeanoBeano Brother, the last note you played gave me a heart attack

DeanoBeano is relatively small on Twitch, with less than 10,000 subscribers. With the clip going so viral, he will surely see a lot of new viewers on his channel from now on.