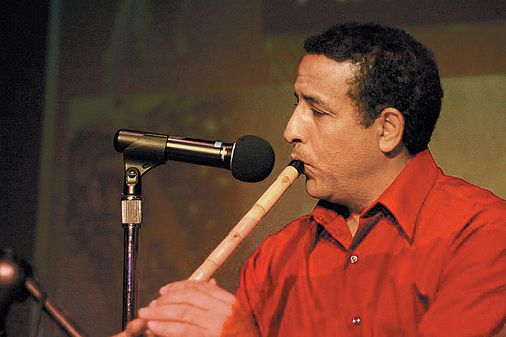 Virtuoso’s flutes destroyed by US customs

Before complaining about an airline that temporarily loses your luggage, consider Boujemaa Razgui. The flute virtuoso who performs regularly with The Boston Camerata Lost 13 handmade flutes during the holidays when a US customs officer at JFK airport in New York City mistook the instruments for pieces of bamboo and destroyed them. Razgui, a Canadian citizen who lives part of the time in Brockton, had flown last week from Morocco to Boston, with stops in Madrid and New York. In New York City, he said, an official opened his luggage and found the 13 flute-shaped instruments – 11 no and two kawalas. Razgui says he made all the instruments using hard-to-find reeds. â€œThey said it was an agricultural item,â€ said Razgui, who was not present when his bag was opened. â€œI fly with them all the time and this is the first time there is a problem. It’s my life. “When his luggage got to Boston, the instruments were gone. Instead, he was given a number to call.” They told me they had been destroyed, “he said.” No one. never spoke to me. They told me I had to write a letter to the Department of Agriculture in Washington, DC. It’s horrible. I don’t know what to do. I never wrote letters to people Our calls for US Customs and border protection were not returned on Tuesday. Razgui, who has been playing with The Boston Camerata since 2002 and is expected to perform with Camerata Mediterranea in February, says there may be 15 people there. in the United States who play these kinds of instruments. “And now they’re gone,” he said. “I don’t know what to do.”

Headbanging in Bolivia on the flutes of yesteryear