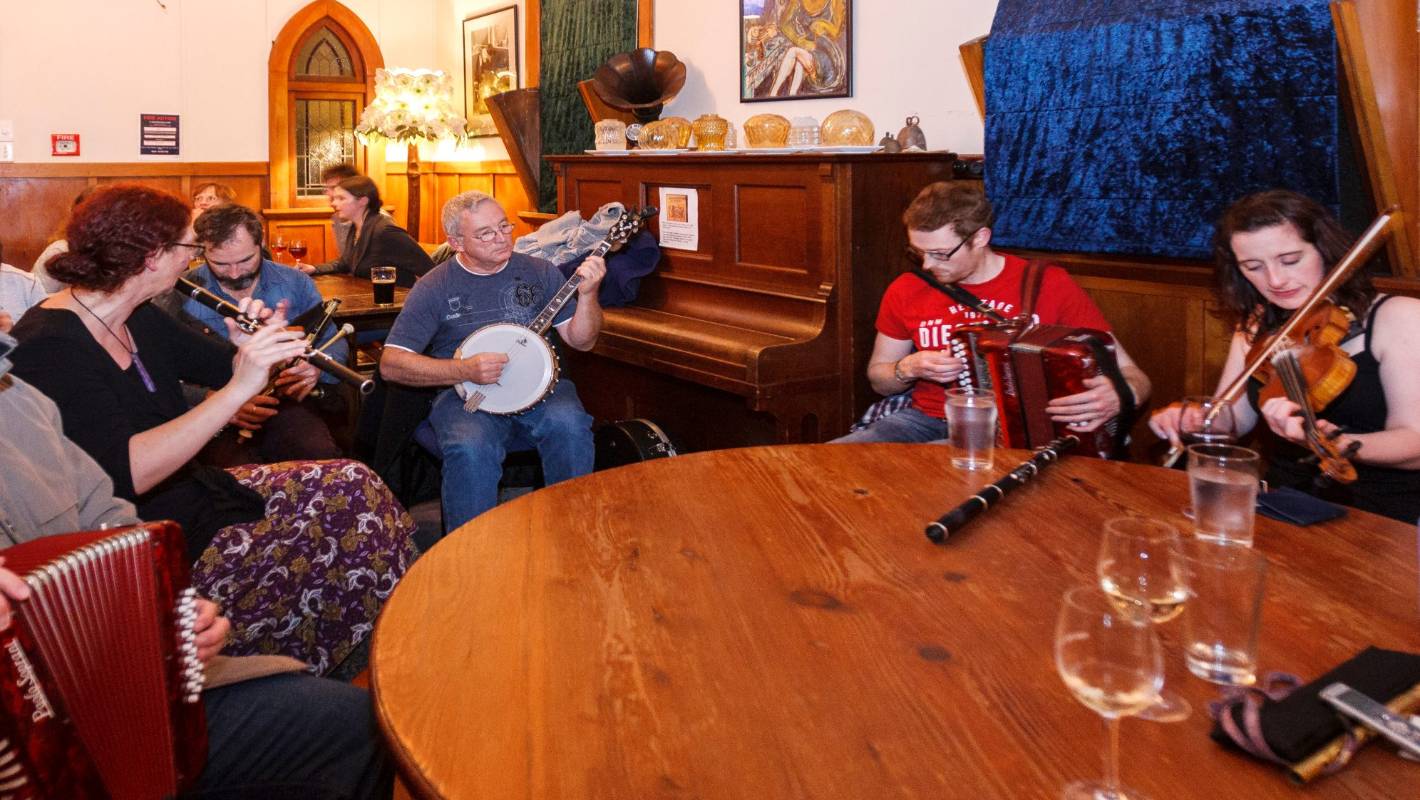 Nelson was full of the sounds of Irish music over the weekend, with friendships that formed around violins and flutes.

Nelson hosted Ceol Aneas or Music of the South, in Irish Gaelic, in New Zealand’s only traditional Irish music festival and held at venues across Nelson over the long weekend.

The sixteenth year of its celebration featured a Festival Showcase concert at the Theater Royal on Sunday, featuring Irish natives Aoife Granville and Niall Ã“ Beaglaoich.

“It’s really like a big family band, if you don’t know anyone you quickly meet people. It brings together people who play Irish music and people who love Irish music tradition from all over New Zealand.”

There was a sold-out concert at the Theater Royal, a singing session at Cafe Affair and music sessions at the Free House and East Street Cafe as well as a ceili at St John’s Church.

The group was already planning next year’s event.

“We’re pretty serious about it, now we’re in our sixteenth year, it’s a great achievement.”

At ‘Two Thousand Flutes’, admiration for the performance and the instrument