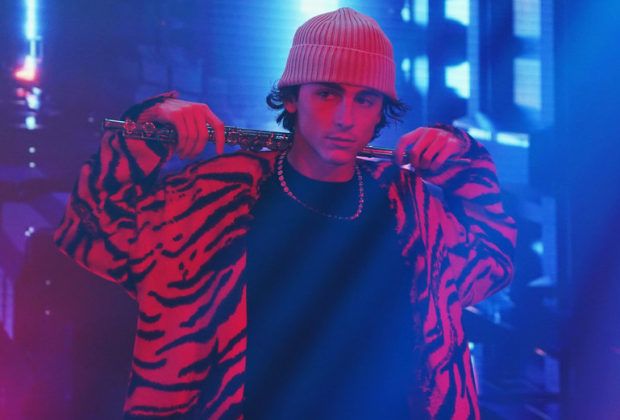 Never underestimate the power of a “weird little flute”.

Saturday Night Live released their latest music video this weekend, as musical guest Kid Cudi joined cast members Pete Davidson and Chris Redd in paying a hip-hop tribute to their favorite wind instrument. Host Carey mulligan joined the fun as a sales associate in a music store, while Call me by your nameTimothÃ©e Chalamet appeared in a surprise appearance to help praise the almighty flute.

In the video, the quartet poked fun at the number of successful rap tracks that include the front and center of the flute, like Beastie Boys’ â€œSure Shotâ€ and Future’s â€œMask Offâ€.

The crew rapped about taking their precious possession all over. “Us in the club, this place is jumping, the bass pump, the crystal jumping / A girl comes up to me, she’s kinda cute, she says, ‘Yo, what’s in your pants?’ I said, ‘Ah, that’s my weird little flute!’ â€

The clip even showed how well the band took care of their beloved instruments, as they spat worms on cleaning their flutes chamber and kept it “safe as hell” in a protective case. splashed stickers.

Watch the full music video below:

What did you think of the video for “Weird Little Flute” and the episode in general? Rate it below, then drop your thoughts in a comment!

The best of TVLine