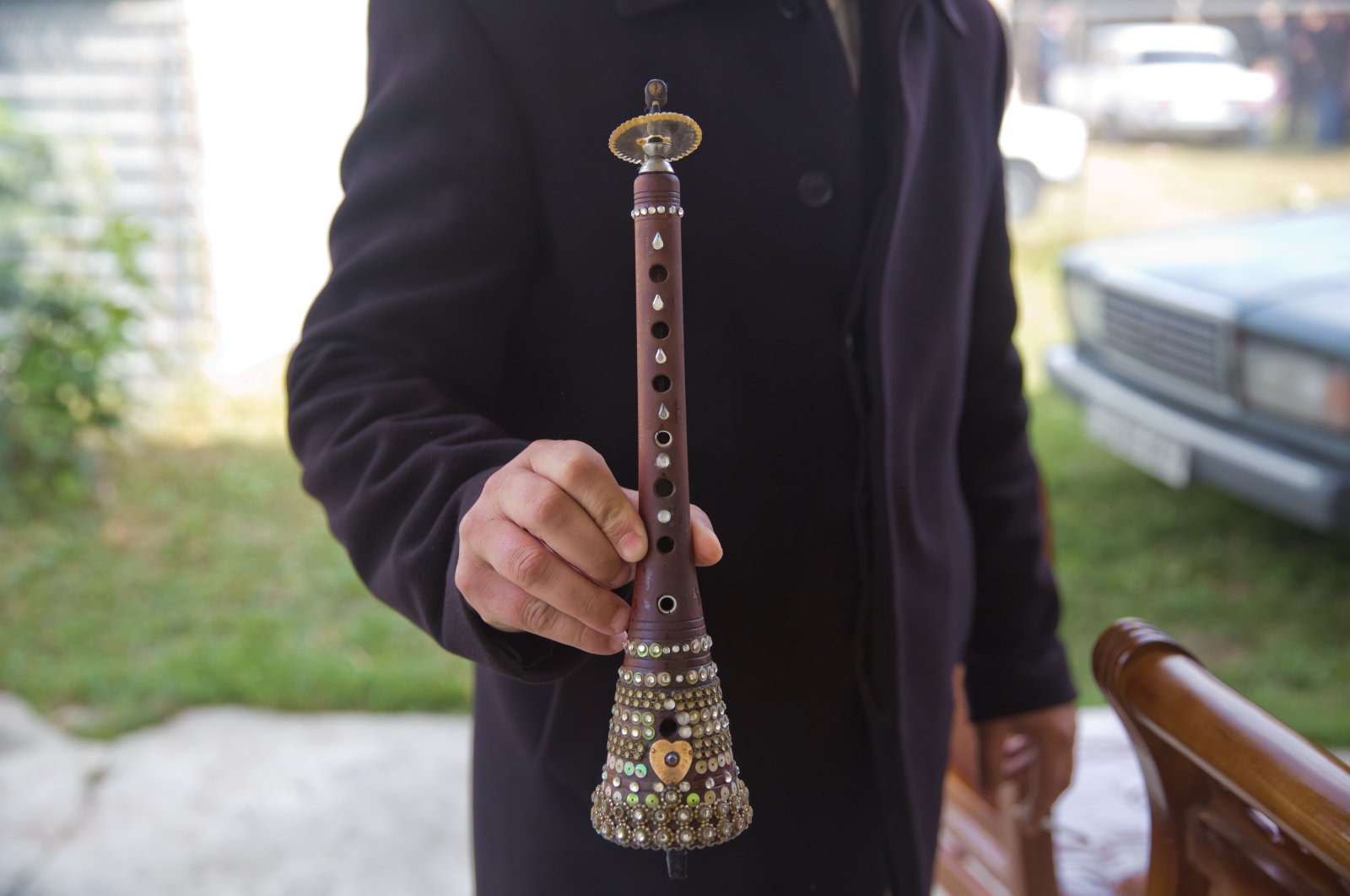 The wonderful world of musical instrument museums in Turkey

There are a variety of impressive musical instrument museums in Turkey, the most recent having opened in Bursa. Through the efforts of dedicated collectors and scholars, including an expat, we have the opportunity to deepen the richness of Turkish music and the instruments played.

Anyone who knows Turkey knows that music plays an important role in the culture of the country. What stands out most in Turkey’s musical heritage is the wide variety of genres and styles that are uniquely Turkish. From maqams, ozan tradition and a wide variety of ethnic styles to arabesque, classical Turkish music, folk music and Anatolian rock to name a few, with so many genres it is not surprising that Turkey also has a multitude of musical instruments, many of which were created here in Turkey.

Opening of a new musical instrument museum in Bursa

In 2015, Dr SanlÄ±kol passed away sadly and unexpectedly. The following year, his family donated their collection of musical instruments to the municipality of Bursa, which had more than 200 instruments from all over the world. When the museum was founded, other music lovers also donated instruments, bringing the total number of instruments on display to 284.

His son, Mehmet Ali SanlÄ±kol, serves as the conceptual framework and project manager for the museum and has passed on his legacy in two ways: by facilitating not only the creation of this museum centered on his father’s collection, a culmination of travels of all ages. living all over the world, but also by being a renowned composer and musician himself. Grammy nominated in 2014 for his compositions in the Best Chamber Music category, SanlÄ±kol is an award-winning graduate of Berklee College of Music and professor in the Department of Music History / Musicology at the New England Conservatory. He has also taught at Emerson and Brown and is a CMES Fellow at Harvard University. As well as being an expert in jazz and other Western styles, SanlÄ±kol is a dedicated ethnomusicologist who has carried out extensive research on traditional Turkish musical styles and instruments. He is also a renowned pianist, singer and ney player, and performed with his trio at the museum’s opening on August 21.

A collection of expatriates at the Ibrahim AlimoÄŸlu Music Museum

Wolfgang Ott lives part-time in the Dalyan region in MuÄŸla. His collection, which includes pieces from the Middle Ages and instruments in python skin and African ivory, is the culmination of 46 years of travels around the world.

Learn about the Music History Hall in EskiÅŸehir

At EskiÅŸehir Anadolu University, there is the TÃ¼rk DÃ¼nyasÄ± Bilim KÃ¼ltÃ¼r ve Sanat Merkezi, an academic, artistic and cultural center focused on the Turkish â€œworldâ€. The center also houses a “MÃ¼zik Tarihi Salonu”, which is an exhibition hall with more than 216 instruments from Turkish and Islamic history. Opened in 2018, the instruments are organized in chronological order and visitors can listen to the sounds they produce from headphones. Concerts are organized on site and there is also an â€œexperience roomâ€, where 50 musical instruments can be played. The instruments here were donated by ethnomusicologist and famous luthier Feridun Obul, who researched and reproduced 800 musical instruments from around the world. The other person whose collection is on display is none other than the late and beloved Dr Rahmi OruÃ§ GÃ¼venÃ§, ethnomusicologist and musician who founded TÃœMATA (Group for the Research and Promotion of Turkish Music).

Formed in 1976 to research and promote the development of Turkish music, its therapeutic value, and the richness of the region’s instruments, TÃœMATA has been instrumental in continuing traditional Turkish musical practices to this day. They have produced albums and organized several festivals and retreats and have many publications on Turkish historical musical traditions. With centers that have been part of several universities in Istanbul and Europe as well as an intimate instrument museum and education center in Sultanahmet, TÃœMATA offers lessons in a number of traditional Turkish instruments such as rebap , ud-kopuz, vseng and ney.

Considered the best guitarist and baÄŸlama player in Turkey, Erkan OÄŸur was also the pioneer of the fretless guitar at the age of 22. Last year, the famous musician opened a music school in the GÃ¼mÃ¼ÅŸlÃ¼k district of Bodrum, which offers lessons on a variety of instruments, such as baÄŸlama and kopuz which are taught by the maestro himself and from others.

For those in Istanbul, the ISMEK extended education courses offered by the municipality are a wonderful opportunity for anyone who wants to learn more about just about anything. From arts and crafts to personal development, language learning, clothing design, fine dining, accounting and more, classes are free and offered at centers across the city. The centers also offer a range of musical instrument lessons ranging from piano, guitar, cello and violin to a variety of Turkish instruments such as bendir, kanun, ney, rebap and baÄŸlama.

Stolen musical instrument, found in a vehicle parked in Manistee