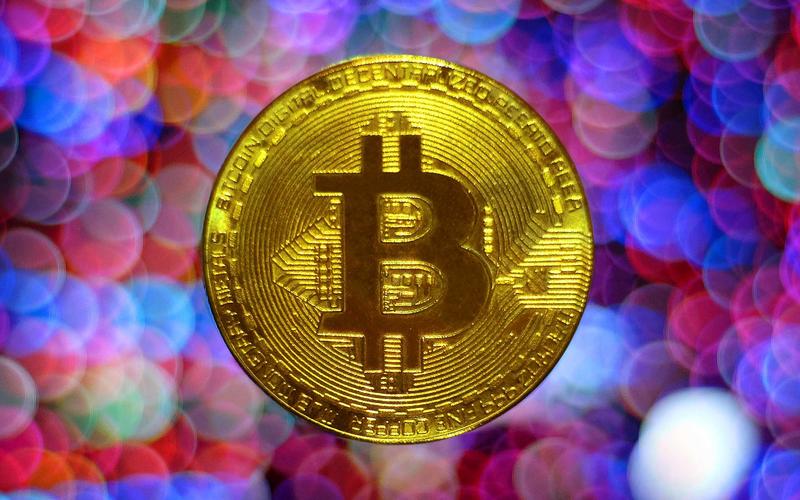 The rich get richer, the poor get Bitcoin

Bitcoin is a buzzword and some claim it is a scam. But with Elon Musk’s Tesla having recently invested $ 1.5 billion in cryptocurrency and with the mayor of Miami considering giving city employees the option to collect their salaries in bitcoin, the cryptocurrency could be about to radically change our monetary system. One of the unintended and underestimated consequences of switching to Bitcoin could be the narrowing of the wealth gap, writes Bradley Rettler.

Global wealth inequality is increasing. Meanwhile, government-backed currencies, where most of the poor save their money, devalue each year. The poor do not have access to banking services and cannot get credit. This is at its most extreme in depressed economies, but it is true around the world. The use of Bitcoin can alleviate these problems and level the playing field for the world’s poor as we work for economic justice.

Owning money is a losing game

Between 2016 and 2019, the inflation rate of the Venezuelan bolivar was 54,000,000%. Of course, no Venezuelan wants to own bolivars because they are worth less every day. For those who have bolivars in their bank account, banks have strict withdrawal limits. Families use up to ten debit cards from different accounts and different banks just for shopping. Given the government’s stranglehold on finances, the average person cannot easily acquire other assets. And their bolivars are also often confiscated by the police or the army.

This situation is not unique to Venezuela. Government-funded currencies of many countries are rapidly devaluing, including Turkey, Nigeria, Lebanon, Zimbabwe, Argentina, Iran, and South Sudan. The privileged rich of these countries have no problem weathering the storm. They abandoned the ship of local currency for the lifeboats of foreign stocks and foreign currency. The poor, on the other hand, do not have such luxury. They get paid in local currency, pay others in local currency, and save what they can in local currency. They don’t have the opportunities of the rich. Their boats are sinking, but they have no lifeboats.

The use of Bitcoin can level the playing field for the world’s poor as we work for economic justice.

As their currencies depreciate, the share of the poor in the country’s wealth declines because they lack access to safer investments. Worse yet, many countries do not have a banking system. For example, 76% of Kenyans do not have a bank account; instead, they are satisfied with the M-Pesa payment network via mobile phones. It works well as a medium of exchange, but not for storing value. In the event of the Kenyan shilling devaluing (beyond its current rate of 5% per annum), their options are limited. The wealth gap is growing.

This phenomenon is not unique to countries with rapidly depreciating currencies – it is simply more noticeable. Almost all government backed currencies are designed to devalue over time. The rich store very little of their wealth in cash or in treasury accounts. The rest of us aren’t that lucky. When we want to save, we save in fiat. And it’s a losing game.

It is very difficult to set aside a few hundred dollars in real estate; most of us cannot afford to buy fractions of houses. You would think that apps like CashApp and Robinhood help people who can only invest tiny amounts in the stock market. It is a service that we badly need, but it is not without concern. First, the two sell their order flow to Wall St, allowing Wall St to use that information for high-profile retail investors. Second, they both use slow, centralized clearing houses, which can prevent retail investors from making the purchases they want to make (like buying stocks in GameStop).

The rich also easily accept low interest rates debt in a currency that becomes easier to repay over time and use it to buy assets that hold or increase their value. The poor cannot; they have less access to debts at low interest rates and therefore repay their debts less easily. The currency of almost every country is designed to devalue over time. This is a debt relief program for the rich of the world – the rich individuals as well as the rich countries.

Bitcoin can help. While governments can issue their currencies at will (for example, the US government printed $ 9 trillion in 2020 – 22% of all US dollars ever issued), this is not possible with Bitcoin. Rules built into Bitcoin’s software dictate that its funding schedule will run predictably until there are 21 million BTC by 2140; the offer is capped at 21 million.

And Bitcoin is inclusive. To buy it, all you need to do is access a phone or computer with an Internet connection, or go to a grocery store with a Bitcoin ATM; it is much more difficult to invest in stocks or get a bank account, especially for those who are not already socio-economically privileged. Poor people all over the world can safely hold all the wealth they have in Bitcoin without worrying that that wealth will be devalued due to increased supply.

Bitcoin is resistant to seizure, which also benefits those who flee oppressive regimes with their savings. Money is bulky and gold is heavy. Authorities and thieves detect and confiscate both. How to transfer your savings to your new country? One solution for many has been to keep Bitcoin in a digital wallet with a “seed phrase” memorized. To do this, we memorize a string of 12 random words that can be used to unlock their Bitcoin savings when they reach their destination. And would-be thieves have no idea what random person traveling through an airport has such a wallet.

Bitcoin can also help solve problems in countries with healthier economies, including the United States, my home country. I will talk about three: credit, banking, and storage value.

First of all, the credit. Credit is a tool for building wealth. People who can borrow to, say, buy houses or start businesses, can then pay off the debt slowly as the currency depreciates. But those who need it most have it least. The history of the United States has shown that credit is not given fairly. The clearest example is redlining, where the federal government color-coded neighborhoods in terms of willingness to lend at various interest rates, and for those color-coded red, the Federal Housing Administration has refused to insure them. mortgage loans to people living in these neighborhoods; these were mostly low-income black people living in urban areas. This has prevented low-income black families from owning homeowners, which is the primary means of entering the middle class. Redlining was banned in 1968, but its effects can still be seen today. Black families own 1% of the wealth in America today; they owned 0.5% in 1863 when the emancipation proclamation was signed. White families today have nearly 10 times the net worth of black families and more than eight times that of Hispanic families.

Being excluded from the credit market is economically devastating, and people therefore seek credit elsewhere. Every year, 12 million Americans (6% of American adults) take out a payday loan, making it a multi-billion dollar industry. The average loan is $ 375 and the average lender pays $ 520 in interest.

People deserve a vehicle to store the fruits of their labor. Bitcoin can fill the void now, even as we fight for a fairer and more just system for all.

The second problem is the lack of banking services. Over 7 million American homes were not banked from 2019. Unbanked people pay to cash their paychecks, to get money orders to pay rent and utilities, to get prepaid debit cards, etc. The average unbanked family pay $ 2,400 a year on financial transactions like these alone, a whopping 10% of their annual income. The unbanked pay around $ 89 billion a year in total transaction fees.

Bitcoin alleviates both banking and borrowing problems in the United States. When it comes to banking, it’s important to note that unbanked people still have income – but it comes in the form of checks that cost money to cash. Bitcoin costs nothing to receive and around $ 10 to send. And with protocols like Lightning running on the Bitcoin network, the cost per transaction is pennies. If unbanked people were paid in Bitcoin and could pay their bills in Bitcoin, the cost of their financial transactions would be minimal. And they can easily and inexpensively convert some of their Bitcoin to USD if they want to.

Bitcoin can also help those who have turned to payday loans. Such a lender is often unbanked and, remember, the unbanked pay around $ 2,400 per year in transaction fees. Reducing these transaction fees to

So much for banking and credit. Finally, consider storing value. There are systemic factors that make it difficult for people who are not already wealthy to store value. Regulators tend to think that, for the sake of the people, they should not be allowed to make risky investments. (Except the lottery, apparently.) So the rich get richer because of their access to stable stores of value like hedge funds, venture capital investments, etc., and not the poor. Holding Bitcoin at least keeps your money safe in a currency that won’t devalue due to the increased supply.

You might think that holding cash in a savings or checking account is not risky. First, not everyone can open a savings account; Bitcoin is more inclusive. Second, savings accounts aren’t risky in that sense – your money will be there when you need it. But they’re risky in another sense – your savings will be less valuable when you withdraw them. $ 100 in 1950 is worth $ 1,080 today; by holding USD for 60 years, he loses $ 1000 in value. Bitcoin, on the other hand, has gained in value every year of its existence (except one), and it has become less volatile every year. And of course we don’t need to save alone in Bitcoin.

People deserve a vehicle to store the fruits of their labor. Some people have access to many such stores of wealth. But those who need it the most tend not to. Bitcoin can fill the void now, even as we fight for a fairer and more just system for all.