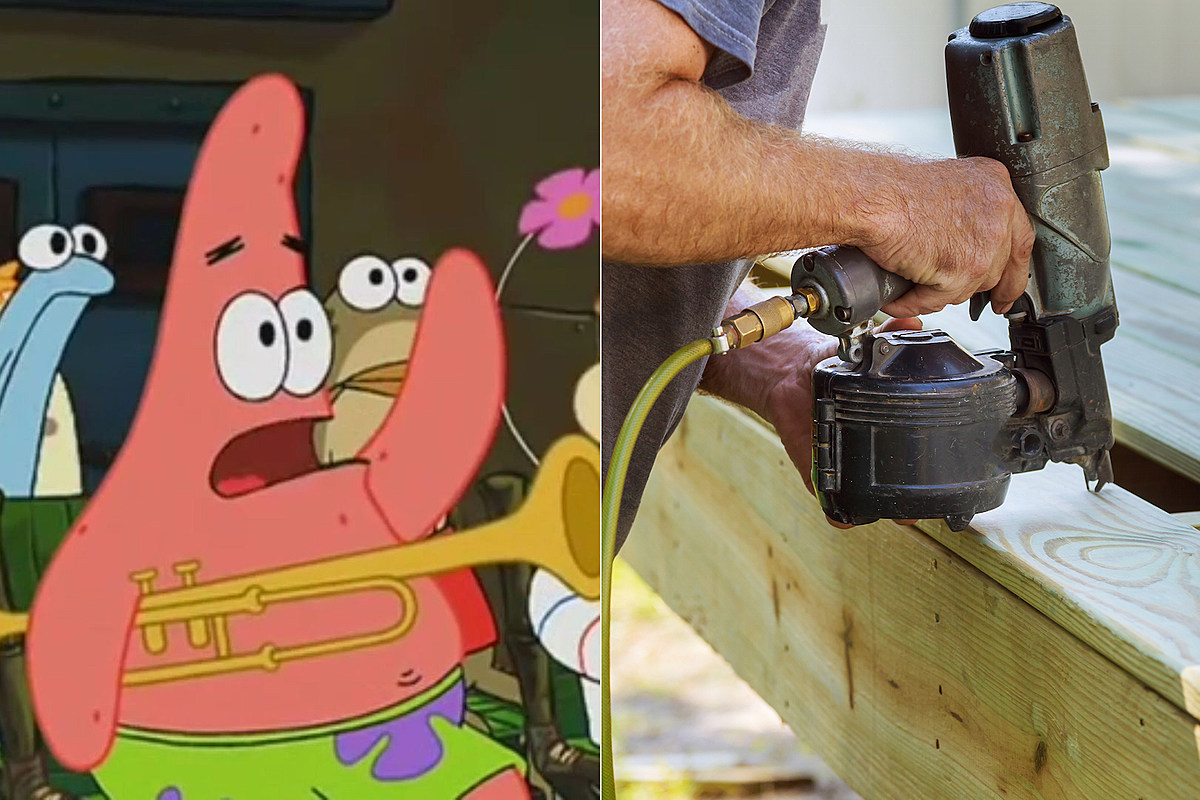 So nail guns are officially a musical instrument now

Power tools rarely claim legitimate musical instrument status, but a video of a construction worker using a nail gun perfectly in sync with the live music playing nearby completely changes that notion.

The most notable example of a power tool turned into a song instrument came in 1992 when Georgia-based hard rock band Jackyl released their hit song, “The Lumberjack,” which included a chainsaw solo with the courtesy of singer Jesse James Dupree.

This time it’s just a little different, as shown in the video below, which originally appeared on Reddit a year ago.

A shirtless man is seen leaning over, nailing pink planks together to form a roof on a wooden exterior structure. Next to him is a musical ensemble (playing instruments typically heard in an orchestra) performing at an event where guests are seen in costume, a testament to the more formal nature of the gathering.

In order to be as less disruptive as possible while unloading nails at excessive volume, the construction worker continues at a leisurely pace, ensuring that each nail is set to the beat of the music, to the delight of the crowd. guests, one of whom filmed the event laughing in disbelief.

If Slipknot is ever to expand his chaotic approach to percussion beyond oil barrels and drums, they might want to call this guy – he got it!