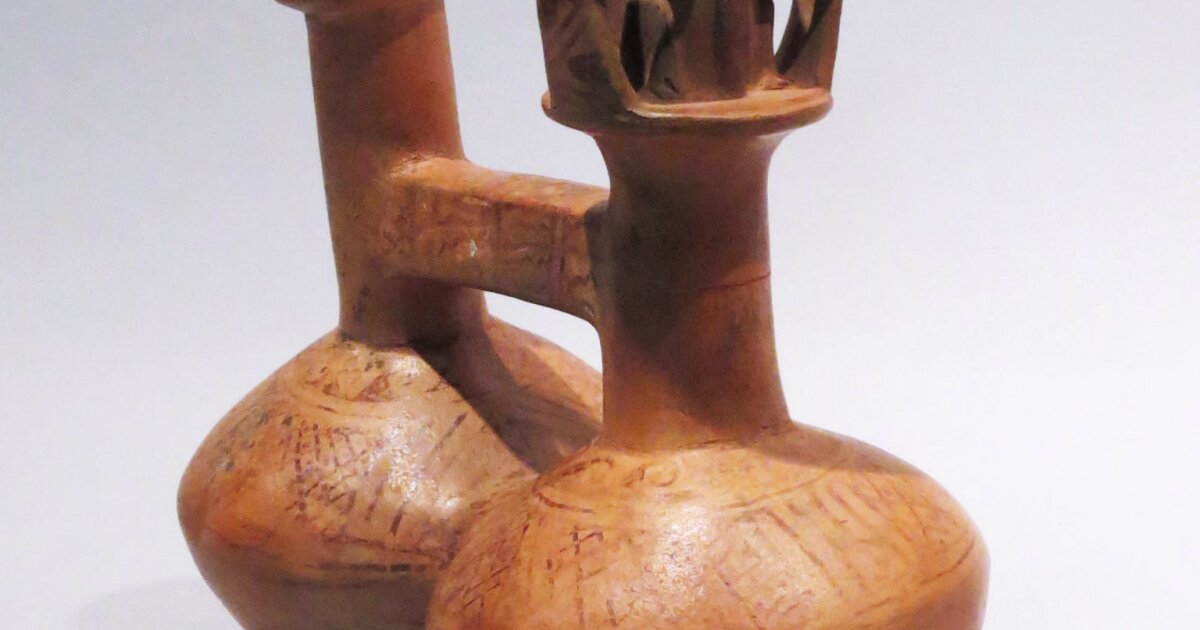 Grand Center’s Sheldon Art Galleries are the new owner of a musical instrument collection valued at over $ 2 million.

Local university music teacher Aurelia Hartenberger has spent over 40 years collecting 2,500 instruments from almost every continent. Some are contemporary, others date back 3000 years.

The Hartenberger World Music Collection includes classical instruments from Europe and the United States, American jazz instruments and a range of other instruments from Africa, Asia, the Middle East and Central America and from South. Among them, rare and unique pieces.

But the vast historical collection began with one purchase – at a garage sale.

â€œThis is how I got the virus,â€ Hartenberger said.

The collection grew with the family

In 1973 Hartenberger was a young bargain-hunting mother when she came across a German bugle, similar to a trumpet.

Hartenberger and her husband, Jeff, bought more instruments as they raised three children and she worked as the music program director for Mehlville and Lindbergh school districts. Some were souvenirs from their travels. â€œAt first you don’t even realize what you’re doing,â€ Hartenberger recalls.

As the children grew older and left the house, the instruments began to fill their empty rooms. Hartenberger, now associate professor of music at the University of Missouri-St. Louis, of Webster University and Maryville University, began to think about how she might share the collection.

â€œI’m coming to an age where I can’t keep up with them anymore,â€ Hartenberger said. “And after a while you can’t appreciate them so much when they’re all packed.”

In 2001, she loaned part of the collection to the Sheldon for display. Three other such exhibitions followed. A few years ago, Hartenberger began to discuss donation with the leadership of the institution.

â€œThe Sheldon is the perfect location. This was to be their new home, â€Hartenberger said.

Lessons through the program

The classical and American jazz part alone contains 800 pieces which encompass the development of brass, woodwinds and fretted string instruments. The African collection includes 800 rare pieces, which makes this sub-collection stand out on its own. There are a few teaching aids among the assortment. But most are meant to be watched, not played.

Students who study this vast array will learn a great lesson in the evolution of musical instruments, according to Gallery Director Olivia Lahs-Gonzales.

â€œThere are wonderful intercultural connections to be made,â€ said Lahs-Gonzales. “For example, how an African instrument came to the United States and became a jazz instrument, how there are similarities and differences between cultures, looking at a Chinese wind instrument which is very similar to a wind instrument from the Middle-East.”

The Sheldon will also use the collection as part of a Boeing-funded program to teach students about science, math and the art of making music. The art of instruments is an important part of their value, Lahs-Gonzales said.

â€œThey are so beautifully made,â€ Lahs-Gonzales said. “And the shapes and the decorations and the creativity of the way the sound is produced, and so yes, [they are] as many works of art as practical tools for music. “

The public will be able to view parts of the collection in an exhibition of African, Asian and Latin American pieces which opens on February 6. The Sheldon Concert Hall will feature related music events in January, February and April.

“A world of music: Africa, Asia and Latin America”

How much: To free

Please help St. Louis Public Radio find more people like AurÃ©lia Hartenberger. Click on here to become a source in the Public Insight Network and share what you collect.