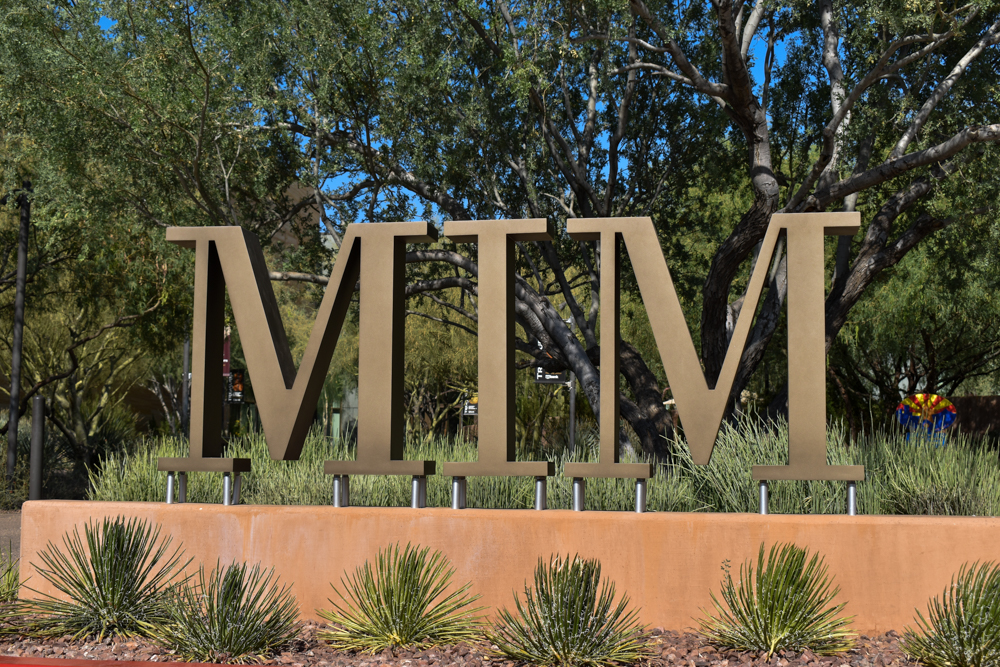 The Musical Instrument Museum in Phoenix.

Arouna Diarra, twelfth-generation West African musician played a little concert in the desert at the Musical Instrument Museum (MIM) in Phoenix. Here is some additional information about the museum’s multi-sensory experience.

At first glance, the Musical Instrument Museum simply houses an impressive collection of musical instruments from around the world. But slip on a pair of headphones and the place takes you – and your ears – around the world.

“The Stick”, a guitar/bass hybrid.

Hundreds of sites around the museum have hidden IDs that automatically connect to receivers attached to headphones provided by MIM, allowing guests to actually hear the instruments in each exhibit in their original context.

As you make your way through each room, sounds of familiar and unfamiliar instruments – a moodswinger from the Netherlands, an Austrian oboe, something called “the stick”, which sounds like a guitar/ bass – fade. .

With a collection of over 8,000 instruments and over 5,000 on display, you won’t hear every instrument. But you can make up for that by trying a few.

You are invited to pinch, kick and scratch in the experience gallery at the bottom.

On a recent weekday afternoon in the gallery, a young boy beat two gongs in rhythm as a father waved his hands above a theremin – an electronic instrument controlled by manipulating electromagnetic fields with his hands. It almost sounded like the weirdest band in the world was getting ready for an amazing set.

Alongside the gongs and the theremin; harps, ukuleles, guitars, drums and other instruments are available for museum visitors of all ages. There are even two n’gonis by Arouna Diarra, presented this month in KJZZ’s Tiny Desert Concerts.

But not all of the museum’s instruments depend on humans.

In the mechanical music gallery, all of the featured instruments play themselves.

A spooky face-covered doll sticks its tongue out and wiggles its eyebrows, a violin is played with electromagnetic pulses – but the star of the gallery is clearly ‘Apollonia’, a massive orchestrion that takes up the entire back wall.

Popular in Europe from the late 1800s through the 1960s, orchestrions were large machines designed to play music like a band or orchestra. Apollonia weighs over two tons and includes two accordions, two saxophones, keyboard, flutes and drums. Every day at noon and 3 p.m. you have the opportunity to hear the huge, almost century-old orchestrion perform. Using a computer, a museum employee will choose from hundreds of songs for the orchestra to play. Guests are encouraged to dance to loud music.

The grand piano-inspired rotunda leading to the artists’ gallery of the Musical Instrument Museum in Phoenix.

The Artist Gallery features instruments, costumes, awards, and other memorabilia from famous musicians from around the world.

Where else would a grammy, an Olympic drum and a lyric sheet for Roy Orbison’s “Pretty Woman” all be in the same room?

Even the architecture of the museum is linked to music.

The curve of the rotunda leading to the artist’s gallery is inspired by the shape of a grand piano, and the windows are grouped in a pattern similar to piano keys.

Other aspects of the 200,000 square foot building are inspired by the desert topography of the Southwest, such as the winding “El Rio” hallway upstairs.

Even as you walk into the parking lot, you can still hear the faint sounds of a xylophone coming out of the experience gallery.

Not a bad way to spend a summer day in Phoenix.

A sign of Phoenix pride at the Musical Instrument Museum.

Some medical debts are removed from US credit reports