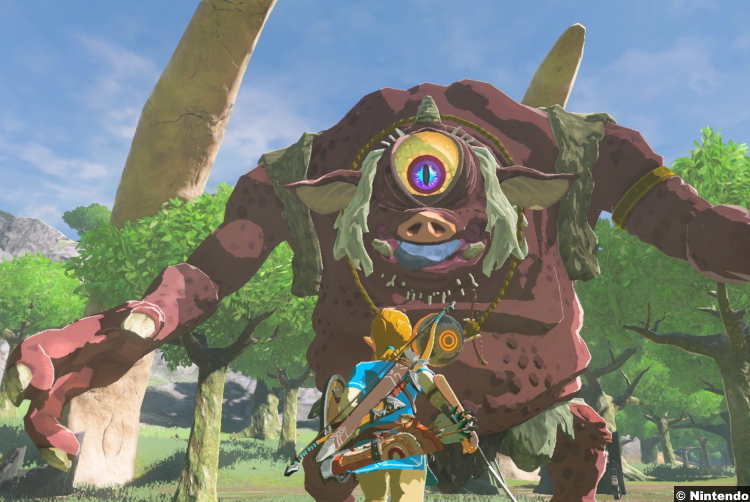 Ocarina of Time, Breath of the Wild and Zelda’s 3D “formula”

The wait for Breath of the Wild 2 continues, and in the meantime Nintendo has given us a piecemeal deal in the form of Skyward Sword HD. I have no opinion on this, but if I had to give a quick and crass summary it would be:

7/10 – Skyward Sword HD improves on a lot of small issues that plagued the original (a 6/10 game) but doesn’t address the main issue – the swordplay remains a convoluted, little fun mess that slows down the entire experience.

Breath of the Wild was such a breath of fresh air and a total reimagining of the 3D Zelda experience that it was a bizarre choice to revisit Skyward Sword, especially since the biggest issue with this game was how he was trying to shake off Zelda’s tired formula but wasn’t brave enough to go through with it. The result was a series of half measures that never came together. On the contrary, Skyward Sword HD is a reminder of how stark the difference is between the Zelda of yesteryear and the Zelda of today.

Maybe I shouldn’t be too hard on Skyward Sword because, like other Zelda games before it, it had the unfortunate challenge of simply existing in the huge shadow of Ocarina of Time. The first 3D Zelda game was released in the fall of 1998, and in the years that followed, no 3D Zelda game – until Breath of the Wild – could escape this game’s legacy. 2D Zelda, who took a few entries before (with A Link to the Past) he found a style that worked, 3D games immediately clicked.

Ocarina of Time was considered “the perfect game” when it first launched and that moniker is still applied to it today, despite the clear and obvious flaws that are present and the archaic ideas that have been improved by ten over the past twenty years. and more. since its release. And yet, no Zelda 3D game that followed could surpass it because everyone who has managed to achieve or surpass one aspect of Ocarina‘s greatness has failed in another path.

First, there was Wind Waker…

Technically, first there was Majora’s Mask, but since this game was designed to be a side story / attachment to Ocarina of Time, let’s jump right into the next appropriate iteration of the series. Wind Waker instantly split during revelation, due to its shaded appearance. Over time, this animated style conquered almost all of the initial critics, and it has stood the test of time in a way that no other 3D Zelda title has, visually.

Like Ocarina of Time, there’s a simple yet engaging story at the heart of Wind Waker, and it features gameplay mechanics that make it fun to play. Where it faltered, however, was in the dungeons. Ocarina of Time featured eight life-size mazes, as well as several mini-dungeons. Wind Waker, on the other hand, only offered six dungeons and a few mini-dungeons to compliment them. It felt like something rarely experienced in a major Nintendo release: half-baked. The game felt rushed and unfinished, especially when an entire collectible had just been returned to where previous games would have had some sort of quest or maze to complete. Compared to Ocarina of Time, the next big Zelda 3D game felt like it was falling only unless you beat him.

Epic is the word best used to describe this one. Developed in response to the initial backlash from “Toon Link” and Western fans ‘desire for a more mature, Ocarina Zelda game, Twilight Princess instantly became many Zelda fans‘ favorite entry into the series, a distinction that he still holds with a lot today. The game is not perfect, however, and the more time passes, the more its flaws appear compared to Ocarina of Time.

Naturally, Twilight Princess offers better visuals and a bigger world to explore, thanks to the increased power of the Gamecube / Wii, and like Ocarina of Time, it has a rich and engaging history. In addition, it has eight fully completed dungeons, raising it to the Ocarina of Time level. Where it faltered, however, was in the gameplay. The dungeons and adventures in the world felt tired and bereft of new ideas. Fans wanted a new Ocarina and they got it, but not much else. The “Wolf Mechanic” was more of a runtime gimmick than a mass-produced innovation. Twilight Princess contains many memorable and epic moments just like Wind Waker did in its own way, but it’s also the first game in the series to start showing its age to “3D Zelda Formula”.

This brings us to Skyward Sword…

You must hand it over to Eiji Aonuma and his Zelda team; they listen to criticism and react accordingly. After hearing complaints that Twilight Princess was too safe, too outdated, and too stereotypical, they set out with Skyward Sword to upset many Zelda 3D conventions they had relied on too much. But, as said, the result is a game full of half measures.

Skyward Sword has a great story and some great dungeon ideas. Unlike Twilight Princess, Skyward Sword’s Seven Major Dungeons are packed with puzzles and clever gameplay mechanics, and many of them make good use of the Wii Motion Plus accessory. The problem is literally everything else in the gameplay. If Twilight Princess’s biggest problem is that it’s a little too boring to play, Skyward Sword is too obnoxious. The Motion Plus prop that works so well as a “short-use” gimmick in dungeons absolutely fails as an “all the time” requirement for swordplay. Since swinging a sword at villains is perhaps 90% of Zelda’s action experience, it’s essential that this mechanic works flawlessly. Not only does it not work, it does not even work properly. Frequent disconnections, the need for resynchronization, and the awkward “swing this way” rules needed to take out most base enemies, bring out the worst of Nintendo’s sometimes overzealous love for gameplay innovation.

What Ocarina of Time did well was in its combination of a simple yet compelling story, its many memorable and unique dungeons, and its transparent controls that were fresh at the time and easy to use. None of the three major 3D releases that followed managed to strike that perfect balance of story, content, and gameplay and by the time Skyward Sword was released, Zelda fans were practically begging for a new take on the formula.

Fortunately, with Breath of the Wild, we have just that.

Breath of the Wild cannot be compared to Ocarina of Time; it’s too radically different. Can you weigh its 120 shrines and four divine beasts against eight main mazes of Ocarina? No; it’s apples and oranges. Can you compare the gripping yet linear story told in Ocarina with the sparse, non-linear, memory-driven story in BOTW? Not yet; You might as well compare the Beatles to Lorde. Can you compare OOT’s now primitive game mechanics with the “choose your own adventure” version of world map exploration found in Breath of the Wild? No. For the first time since Ocarina of Time, there’s a Zelda game that doesn’t look like a derivative of Ocarina of Time.

While we look forward to the sequel to the genre’s first new Zelda game in over twenty years, it’s safe to assume that, based on the little information we’ve received, BOTW 2 won’t upset the formula that the first set asked. Why should he? Nintendo is just getting started and we have another twenty years before we have to worry about anything new.