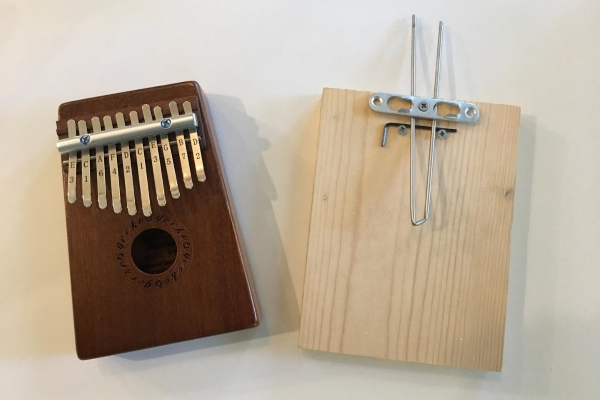 A low-tech sensor based on sound frequencies could provide an affordable way to detect counterfeit and falsified drugs.

The inspiration for the research was based on the fact that the frequencies of the sound created by an instrument are determined by the physical properties of the instrument; for example, the length and tension of a guitar string affect the pitch of a note.

William Grover, assistant professor of bioengineering at UCR’s Marlan and Rosemary Bourns College of Engineering, asked, “can we add a sample to a musical instrument, measure the result change in the notes of the instrument?” and use this change to determine information about the sample and its properties?

Grover and his team modified an mbira, a musical instrument native to Africa made up of metal pins attached to a soundboard. The pins play different notes when plucked with a finger, but when the pins were replaced with a length of metal tube and filled with a liquid, Grover was able to compare the frequency of the musical notes made by the instrument. when the tube was full or empty. , to measure the density of the liquid. Empty, the tube played a G sharp note and, when filled with water, it played an F sharp note.

The optimal mbira sensor tube had thin walls and a length of at least 50 millimeters, and Grover’s students measured the density of as many different liquids as they could, but ultimately opted for drug detection. dangerous as the first application of their sensor. Basically, the apparatus can be constructed from commercial materials or scrapped, thus avoiding the need for expensive equipment used by expert technicians. They published their work in the journal ACS Omega.

A notorious addition to counterfeit cold medicines is diethylene glycol which can be easily confused with glycerol, an excipient commonly used in many cold and flu medications. An inexpensive sensor to differentiate the two could save lives, as DEG is a poison that has caused the deaths of many people – most recently causing the deaths of at least 84 Nigerian children aged two months to seven years in 2008 who ingested it in teething syrup.

The researchers calibrated the sensor to make sure it could tell the difference between glycerol and DEG, a 10 hertz difference when analyzed with a website created for this specific experiment. This difference is too small to be noticed by ear, but a person using the mbira sensor and a smartphone could distinguish between the two using the software.

After the sensor was calibrated, the researchers tested six different batches of a cold and flu medicine collected from different pharmacies in the area. All samples produced the same musical note when loaded into the sensor, suggesting that all samples were genuine and identical, and any sample producing a different note must be chemically different and therefore counterfeit.

Teacher suspected of tampering with flutes at capo schools arrested