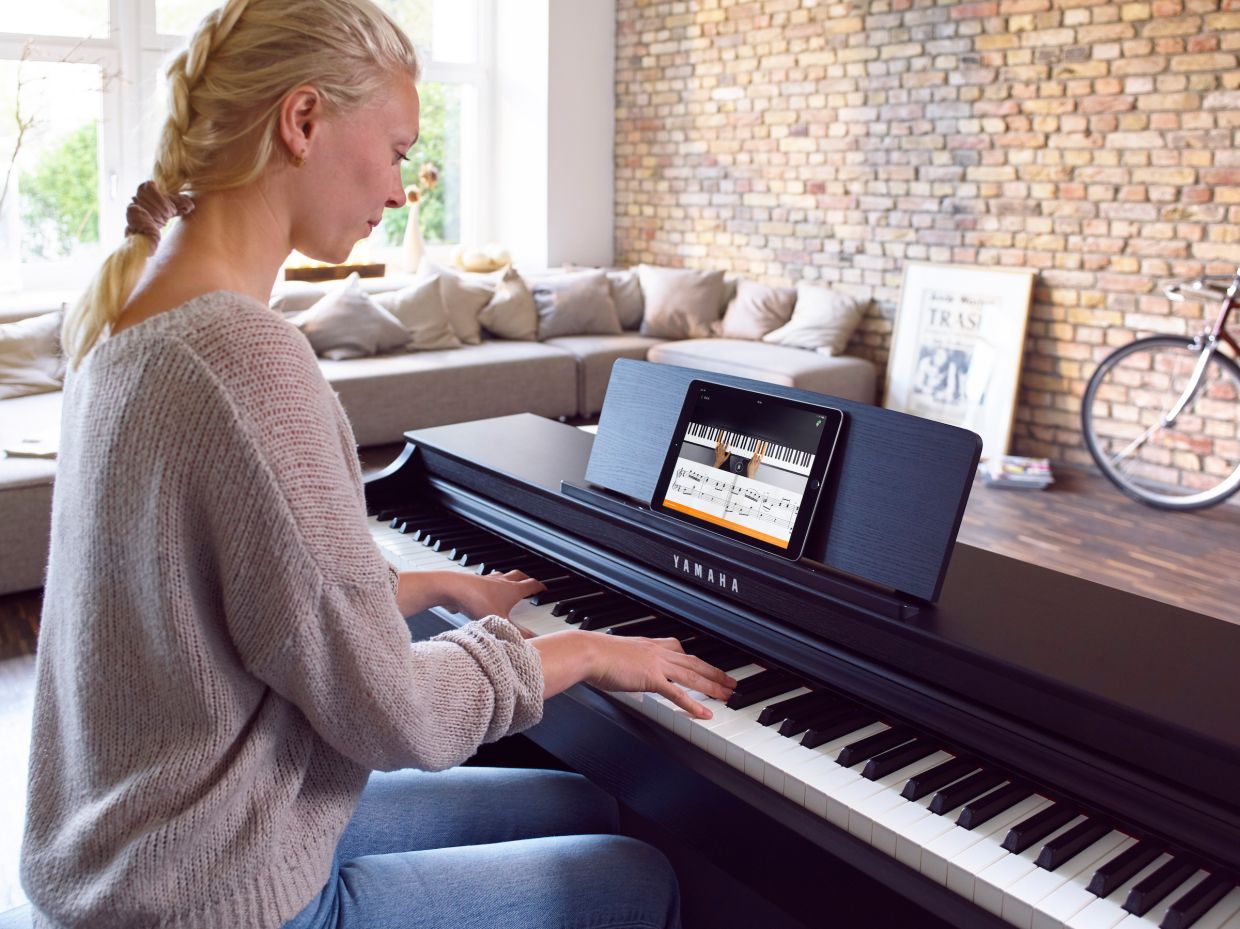 Learning a musical instrument by application: does it work really well?

The pandemic may have given many of us more time to learn a new instrument, but it has also limited our options for private lessons during social distancing. How well can learning apps compete with a real teacher?

Whatever you dream of playing, from Foo Fighters to â€œFuer Elise,â€ countless apps and programs online promise to help you easily learn to familiarize yourself with new chords and scales.

But anyone looking at the App Store will quickly notice that there are too many options out there. At the same time, you might be wondering: can they really compete with a human teacher?

Some apps take a light approach, letting you hit the right notes in order and at the right pace, on a virtual keyboard on your smartphone or tablet.

It’s not the same as a real instrument, explains Volker Gerland, who works for an association of music schools in Germany. â€œThe pressure point is missing,â€ he says. “The size of the keys is also different on the tablets.”

You might run into trouble later if you hope to switch from these digital instruments to real ones, he says, adding that it’s not the best way to learn to play guitar.

There are many video tutorials available online, some free, and you can find them on major platforms. There are even entire academies for bassists, for example, with world-class stars giving master classes, says Martin Reche of Heise Online in Germany, a platform that reviews apps and devices.

A series of apps help people learn piano, such as Skoove, Music2Me or Flow key to learn the piano, while for the guitar there is Yousicien, Fretello or JustinGuitar.

Some of these apps can actively listen and provide commentary, according to Reche who tested a series of them, while others only provide video but no commentary.

For the guitar, the apps offer a virtual fretboard that spans the screen. Yousicien listens to you through the built-in microphones and can tell if you’re hitting the right note at the right time. â€œThis is how you learn to navigate the neck and play melodies,â€ says Reche.

Apps that teach piano work in a similar way.

â€œIf you’ve always wanted to learn to play an instrument and have a little keyboard at home, for example, apps can help you get started,â€ says Reche.

You can increase your motivation by playing famous pop tunes, for example, although the apps also cover Bach, Mozart, and Beethoven.

But not all of these services can replace a teacher, says Reche.

“They can judge if you played the notes correctly and hit the timing, but not the position of the fingers or the body.”

In the worst case, if you develop bad posture or style and there is no one to correct it, you could end up hampering your own progress.

â€œLearning an instrument just by watching videos or taking online lessons, I think, is very problematic,â€ says Gerland. He says poor sound quality is a factor, as teachers can’t play well with their students online.

But apps can be useful as an additional way to support your music education or hone your rusty skills if you haven’t played for a long time, he says.

Many music schools have offered digital coaching throughout the pandemic, with lessons by videoconference or by offering videos explaining the exercises.

Students typically respond by sending audio recordings for teachers to review, which is always a good way to stay in touch and provide in-person feedback between meetings.

Reche notes that all the apps he has tried for mobile devices and browsers cost money. However, all of them offered a seven-day trial period during which users could explore all of the content.

â€œThat’s enough time for you to get a good idea of â€‹â€‹what they are offering and to determine if their services are right for you,â€ says Reche.

Which apps are good for training?

Apps for learning musical instruments cost around US $ 10-20 per month (RM41-82), and annual subscriptions are often cheaper. Before choosing a version, it is worth checking whether the application is compatible with the device and the operating system with which you want to train.

Martin Reche, a tester for the online consumer magazine Heise in Germany, looked at various solutions and reports. â€œNone of the vendors tested did badly,â€ he said. Flow key and Yousicien, for example, listened to what and how you play. Music2me, on the other hand, was the only piano learning app in the test that also takes into account the piano pedal gallery.

Skoove, on the other hand, offers the possibility of training on the on-screen keyboard in the iOS application, for example on vacation. If you want to learn the notes quickly, Fretello is a good choice, says Reche. JustinGuitar, on the other hand, most resembles “real” lessons. – dpa