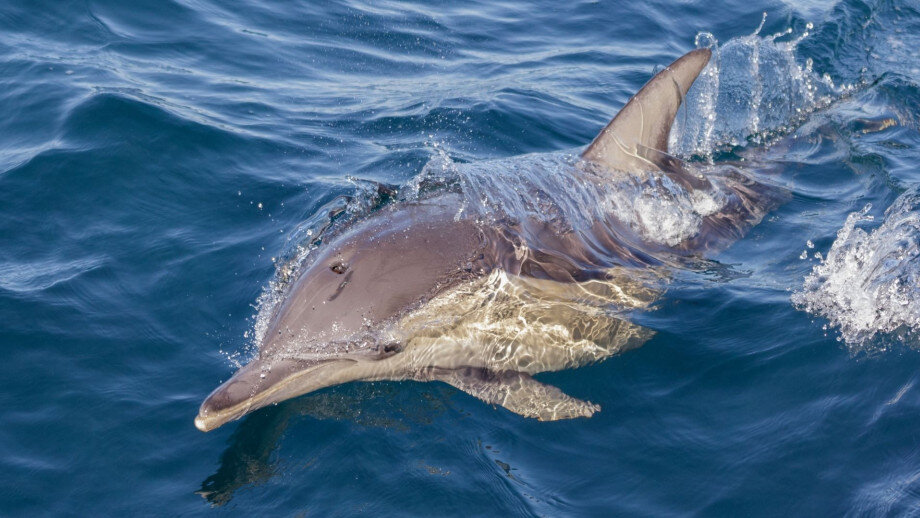 The universal language of music could serve as a gateway to communicate with dolphins and potentially open doors to learn more about the naturally curious creatures, according to researchers from the Australian National University (ANU).

An ANU-led experiment conducted in Port Stephens, New South Wales, aboard the Imagine Eco Cruises boat in December 2021, finds that dolphins are attracted to the high frequencies of several instruments, including the flute, piccolo and the wooden Indian recorder.

Flutist Sally Walker, of the ANU School of Music, said “a few minutes” after playing the flute, a pod of bottlenose dolphins approached the boat.

“A dolphin slid right under me at the same speed as the boat, and the rest of the gondola danced around it,” she says.

“The high frequencies and the particular interval distances between the notes seemed to attract the dolphins and excite them, and staff on the Imagine boat said we saw unusually high numbers of dolphins both in harbor and at sea. ”

Dolphin sounds were recorded using an underwater microphone, called a hydrophone, and can be heard here.

Dolphin expert Dr Olivia De Bergerac, who is part of the pilot study, has studied the interaction between dolphins and humans for more than 25 years, but says little is known about how whose dolphins respond and react to live music.

“Dolphins live in a world of sound; they communicate with each other by sending sound which is a hologram of information reflected in their melon – a mass of fatty tissue found in their forehead – so I know that we humans can communicate with dolphins through music,” she says.

“Dolphins are very intelligent creatures and can sense our thoughts, our feelings, our state of being and send us sounds to heal us.”

Professor Kim Cunio, Director of the ANU School of Music, says: “The effect of listening to water teeming with life through a hydrophone is quite exciting.

“Sound travels through water in a very different way to air, especially low frequencies, but dolphin frequencies are very high.

“That means we don’t easily hear the nuance in their appeals.

“As such, having the flute, piccolo and a coloratura voice was really important because they are among the highest instruments we have and are way above our speech.”

The researchers’ next steps in their study are to investigate the possibility of interacting directly with the dolphins via the hydrophone and to see what type of sounds they are most receptive to.

They plan to play their music through an underwater speaker to test whether this influences how dolphins interact and react to music and musicians, compared to musicians playing above water.

“For example, do they react differently to structured music like a Bach sonata? said Mrs. Walker.

“Or maybe more soothing sounds similar to what you would hear on soundtracks made for meditation.

“Maybe they’re just attracted to the novelty of someone standing on the bow of a boat and serenading them.”

21 dolphins die after washing up on Mexico City beach

This document is subject to copyright. Except for fair use for purposes of private study or research, no part may be reproduced without written permission. The content is provided for information only.

7 Advantages and Importance of Installment Loans

Can you get a payday loan with a credit score of 550?