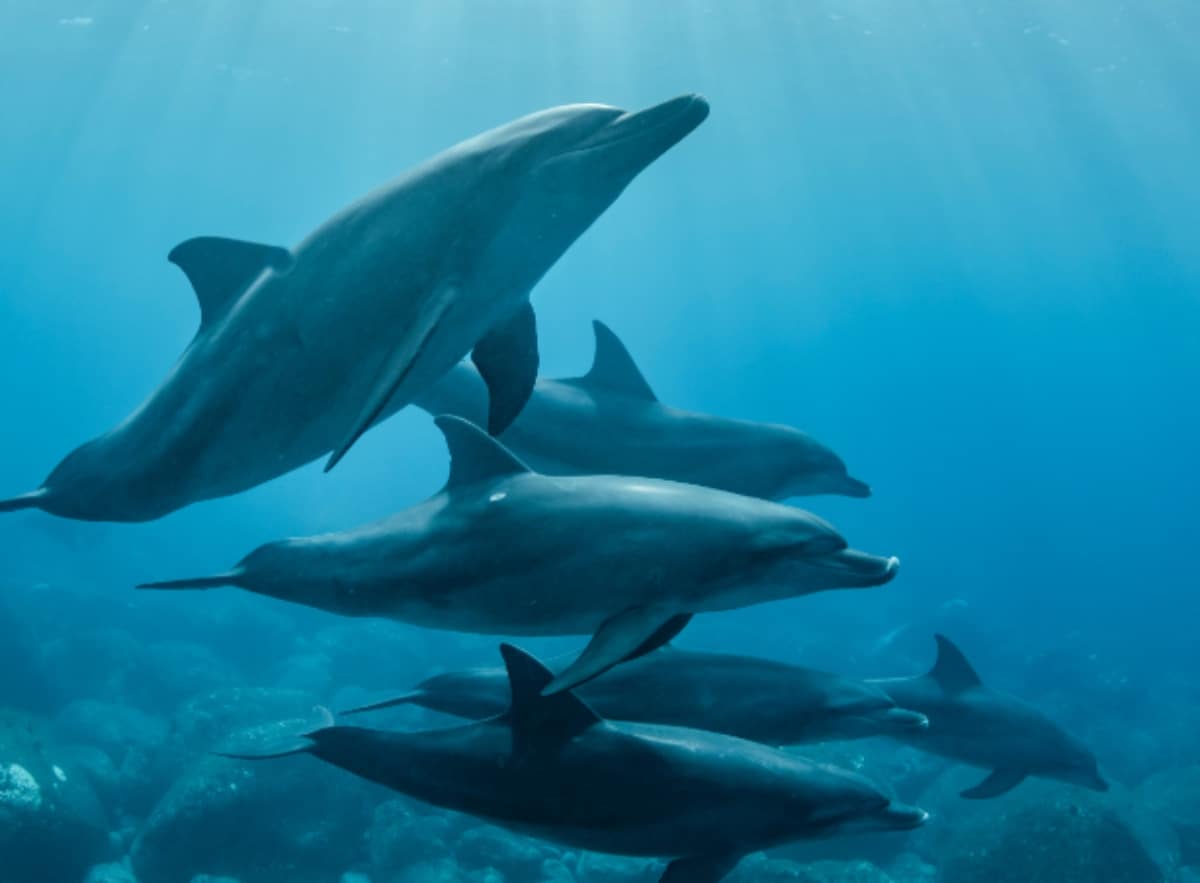 Fins and flutes: how music helps us talk to dolphins

Music is a global language that binds us as human beings. But the question is: can music also help us interact with other species?

At least that’s what researchers at the Australian National University (ANU) came up with following a 2021 experiment. Using musical instruments such as flutes and piccolos, researchers have attempted to communicate with dolphins in Port Stephens, New South Wales, Australia.

Although it might sound like something out of ‘The Legend of Zelda’, scientists in Australia are trying to see if music can be used as a gateway language to communicate with cetaceans. This new knowledge about dolphins could be the key scientists need to better understand these endearing creatures.

Read on to learn more about this fascinating experience.

Dolphin communication is divided into two categories of sounds: clicks and whistles. They use clicks to perceive their environment via echolocation. Whistles are used to communicate and interact with other group members and potentially other species. Each dolphin in a pod has a “signature whistle” they use to distinguish themselves.

Most toothed whales, including dolphins, have superb vision and can see above and below water. However, dolphins also use their highly evolved echolocation to “see” great distances underwater. They produce sound waves that allow them to form an image of their surroundings by interpreting echoes bouncing off aquatic objects and creatures. Dolphins’ echolocation helps them discover food even in the most obscure conditions. They can also use it to locate prey hidden under the sand.

Dolphins use distinctive whistles to communicate, address others, facilitate mother-calf reunions, and possibly signal their association with others. These distinct whistles convey their identity, location, and emotional condition. A bottlenose dolphin, for example, identifies itself by using its trademark whistle. Individual dolphins can be identified by scientists based on their unique whistle. Signature whistle frequencies typically range from 7 to 15 kHz and last less than a second.

A mother dolphin can whistle her offspring for several days after giving birth. It facilitates the identification of the calf by acoustic fingerprint. A dolphin’s characteristic whistle can develop as early as a month. Scientists have speculated that dolphins could duplicate other people’s whistles and use them to communicate.

However, it is important to understand that dolphins do not communicate using “language” like we humans do. Dolphins may have an advanced method of communication using various clicks and whistles, scientists say, but evidence suggests they don’t have a dolphin-specific language. Nevertheless, scientists are still interested in it.

Other Loud Pulse Sounds and Sounds

The loud impulsive noises recorded by bottlenose dolphins could be used to trick predators or shock prey. However, it has not been validated by scientists. According to people who have been on one of John’s Pass dolphin cruises, dolphins make audible sounds above the surface of the water. They create sounds with fins or flukes when they pierce, jump or hit the surface of the water. These noises could be used by dolphins to communicate.

In December 2021, researchers from the Australian National University conducted an in-water demonstration to engage with dolphins in Port Stephens. Dolphins loved the high frequencies of different musical instruments and songs. In fact, a huge dancing dolphin audience was attracted by a recorder player, a flute player, a piccolo player and an opera singer.

The researchers pointed to the need for various instruments because they can reach frequencies similar to dolphin vocalizations that are far beyond the capabilities of the human voice. According to Dr. Olivia De Bergerac, a neurologist and dolphin researcher, the cetacean system rapidly assimilates information-rich senses. As a result, music is faster than words and the ideal vehicle for communication.

Bill Smith, an Australian native, used his didgeridoo to “talk” with dolphins twenty years ago. Three years later, Camille, a famous French singer, comes into contact with dolphins in Australia. “Over the years, I have noticed that singing and playing music is the best method of stimulating interactions with wild dolphins,” she continued.

The dolphins responded well when exposed to impromptu performances by singers and musicians, including flautist Sally Walker.

“The first encounter was spectacular as a dolphin lingered at the bow of the boat under the flute and Sally,” added De Bergerac, referring to what they accomplished with the didgeridoo. “The most fantastic reaction for me was seeing the dolphins following us out of the harbor and joining us as we swam while Sally continued to play music.”

We have seen cetaceans respond to the music. This is also true for other animals, such as a group of beluga whales tricked into accompanying an icebreaker to safety by playing classical music.

Using a hydrophone, the researchers picked up the sounds of the dolphins. They were able to examine their vocalizations as a piece of music through recording.

In their subsequent study, the researchers plan to build on this strategy by playing music at higher octaves on underwater speakers to examine how dolphins respond to changes in speed and pitch. They want to lower the level of dolphin noises by two to three octaves and transcribe them to search for musical patterns comparable to bird song studies.

Understanding how dolphins respond to music and other stimuli will help us learn more about these highly intelligent creatures. They are difficult to study in the wild, so understanding how to attract them and monitor their behavior is essential.

There is still more research on these enigmatic creatures, especially in this musical context. Do they like certain types of music more than others? Do they enjoy the music or are they just intrigued by the new noises created by the researchers? Only time will tell, but investigation and curiosity will bring us closer to the answers!