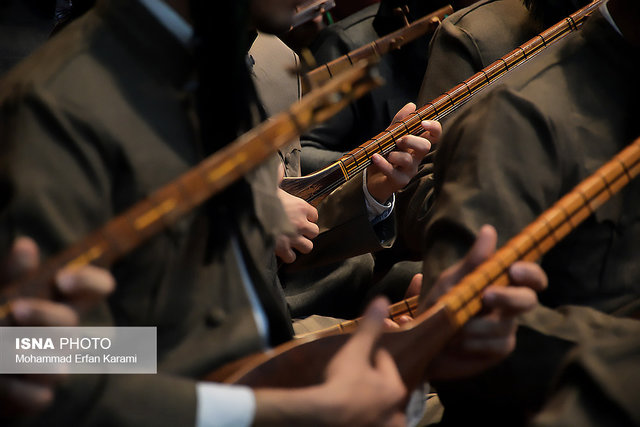 Fash is a unique village in Kermanshah province, western Iran, where around 150 people are engaged in the production of traditional musical instruments.

Fash, located in the central district of Kangavar County, is registered as the National Village of Iranian Traditional Musical Instruments.

Tanbur is one of the main traditional instruments made in Fash for a long time.

Workshops of various types of musical instruments such as Tanbur, Tar, and Setar could be seen across the village.

Most of the inhabitants of this village, especially men and young people, are busy making traditional instruments and each family has their own workshop.

The village’s first instrument maker was a man called Yadollah Ashrafi. He was, in fact, a master in making musical instruments in the village, and all the villagers working in this field are considered his trainees. He died in 2007.

In addition to the musical life of this village, it has a very beautiful nature. The beautiful gardens and farms of the village are very spectacular with their large plane trees and poplars.

One of the most important natural attractions in the village is a beautiful and magnificent mirage, located 17 km northwest of the town of Kangavar, which is surrounded by large forest trees and flowers. In 2003, it was listed as a national tourist site.

Here you can see photos of this village received from various sources: