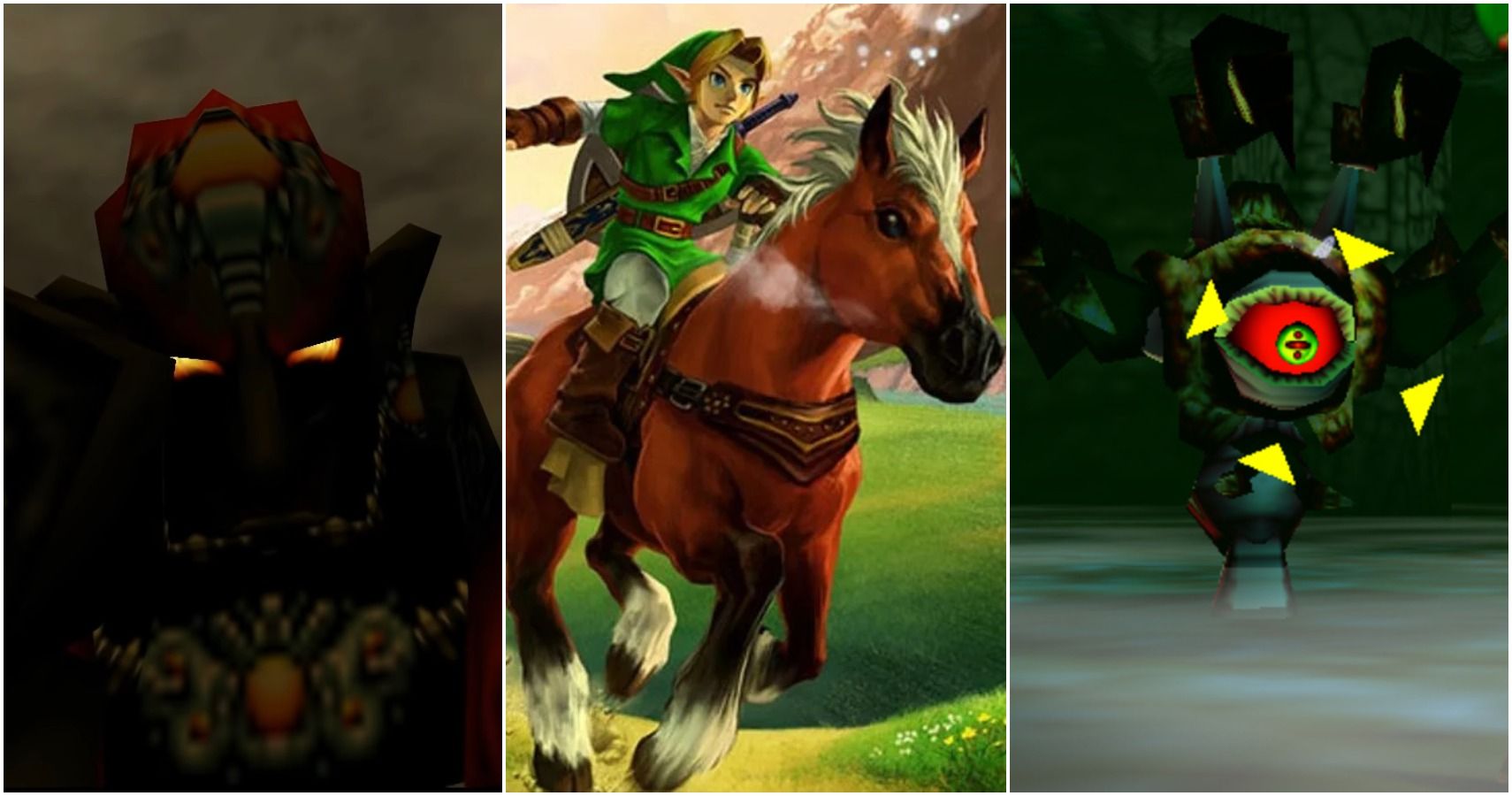 Every boss fight from least to most difficult

As is the tradition with each entry into THE Legend of Zelda franchise, a villain is wreaking havoc in Hyrule. The ultimate goal being to stop this incarnation of evil, Link must cross Hyrule to conquer temples where he must defeat the boss with any new item acquired in said dungeon.

RELATED: The Legend of Zelda: The 5 Best-Selling Games In The Series (& 5 That Didn’t)

The Legend Of Zelda: Ocarina Of Time impressed the audience with its amazing gameplay, awesome graphics and, of course, memorable boss fights. Which were simple obstacles in the quest for a hero and which made the player want to throw their controller against the wall in anger?

Reigning inside Death Mountain and scaring Gorons off, King Dodongo is a giant quadrupedal dinosaur with indestructible skin that can breathe fire. Visually, King Dodongo is imposing and appears to be a deadly threat, but he’s actually the easier boss.

The whole dungeon is filled with smaller Dodongos who all share the same weakness as the king: wait for him to open his mouth then drop a bomb inside. Dodge his roll attacks and it’s an easy win.

Gohma has made an appearance in the majority of Zelda games, usually as the first boss, and Ocarina of time was no different. The way it is unveiled is frightening and helps the player prepare for battle.

While she’s no Dark souls boss, Gohma manages to be more difficult than Dodongo due to his speed and a pattern that is difficult to pin down for beginner players. However, once the pattern is found, defeating her is easy: a good first boss.

8
The evil spirit of the afterlife: Phantom Ganon

When players first travel to the future as an adult version of Link, Phantom Ganon is the patron of the first temple: The Forest Temple. Much like Gohma, the boss build and reveal is spooky with very effective music and visuals.

RELATED: The Legend Of Zelda: The 10 Best Challenges In The Series

The boss itself is a bit intense as the player doesn’t know which paint Phantom Ganon will emerge from. The dark laugh combined with the horse’s gallop can make you nervous, but with the right amount of patience, the boss can be knocked out pretty quickly.

The final starting boss of the game comes in the form of a fleshy symbiotic monster that lurks inside Jabu-Jabu’s womb. It almost looks like something Dead space Where John carpenter The thing which alone distinguishes it.

What really makes them the best starter bosses is the peak difficulty: it sets an example of what will happen to dungeons after that point. Barinade is swift, deadly, and can stun you, opening the door to more deadly attacks. Beginner players are cautioned, Barinade is frustrating to fight but so satisfying to land the final blow.

The Water Temple has caused traumatic memories of frustrating and mind-numbing puzzles, but surprisingly, the less difficult part of this infamous dungeon is actually the boss at the end.

Morpha, like the Water Temple itself, is visually remarkable for the Nintendo 64: it’s almost like James Cameron’s aquatic creature. The abyss. However, once the player understands the pattern, it is less difficult and more time consuming to wait for the correct opening to deal damage.

After all of the scary and downright terrifying things the Shadow Temple puts on the player throughout, it was refreshing to have a boss who was the least scary part of the Temple – but that didn’t stop him from doing it. ‘be a pain in the back.

Bongo-Bongo’s patterns are hard to learn, and dodging his quick moves can get annoying as a hit can cause him to lose a lot of health. The bouncy arena the boss is featured in doesn’t help make the fight any less boring, either.

Volvagia contains a lot of heat, with small pools of lava all over the arena to trap the player with the random possibility of knowing which pool they will come out of. This makes Volvagia one of the most frustrating bosses in the game, especially if Link is attacked before dealing damage, as Volvagia will then soar through the air. If nothing else, Link’s Fairy Bow can do some damage while Volvagia is flying.

The Temple of the Spirits as a whole is one of the more disappointing challenges, but what makes up for it is the final battle with the Twin Witches who reside there. Visually, their mystical energies mixed with the golden aesthetic and mirror shield are gorgeous to watch.

In terms of challenge, Twinrova’s boss fight strikes the perfect balance between things that are taxing for the player with a fun and rewarding gameplay loop throughout both phases. It’s never cheap and boring like Volvagia, but it sure isn’t as easy as King Dodongo.

The final boss of the game is difficult depending on the progress of the players with side missions in Hyrule. Once the Master Sword is gone, there are two options: use other gear to deal damage or use Biggoron’s Sword.

Either tactic works but even with the advantage of another sword, Ganon is a boss who will keep the player with sweaty palms of the front glove, and just enough rage to keep one motivated enough to kill the monster. A perfect final boss for the game … but not the most difficult boss.

Ocarina of time built this showdown with evil Gerudo for so long that he needed to fight the epic fight and he did indeed do so. Keep in mind that Ganondorf Castle is already a tall order. At this point the player is so nervous that he may feel exhausted.

Combining that with the insane speed and ferocity that one must muster to take on Ganondorf is difficult. The magical game of tennis with fireballs, avoid falls in the pits, avoid unblockable magical attacks: it all ends in a fight that is enough to drive the player crazy. Fill up on fairies because it is essential to win this fight.

NEXT: 10 Games That Ripped Off The Legend of Zelda Franchise

If you’re crazy about Thor from God of War Ragnarok, you don’t know a thing about mythology

People complain about the Thor from God of War Ragnarok because he’s fat. Guess what? The same was true of the real Thor from Norse mythology.

Ocarina Of Time – Every Dungeon and Temple Ranked