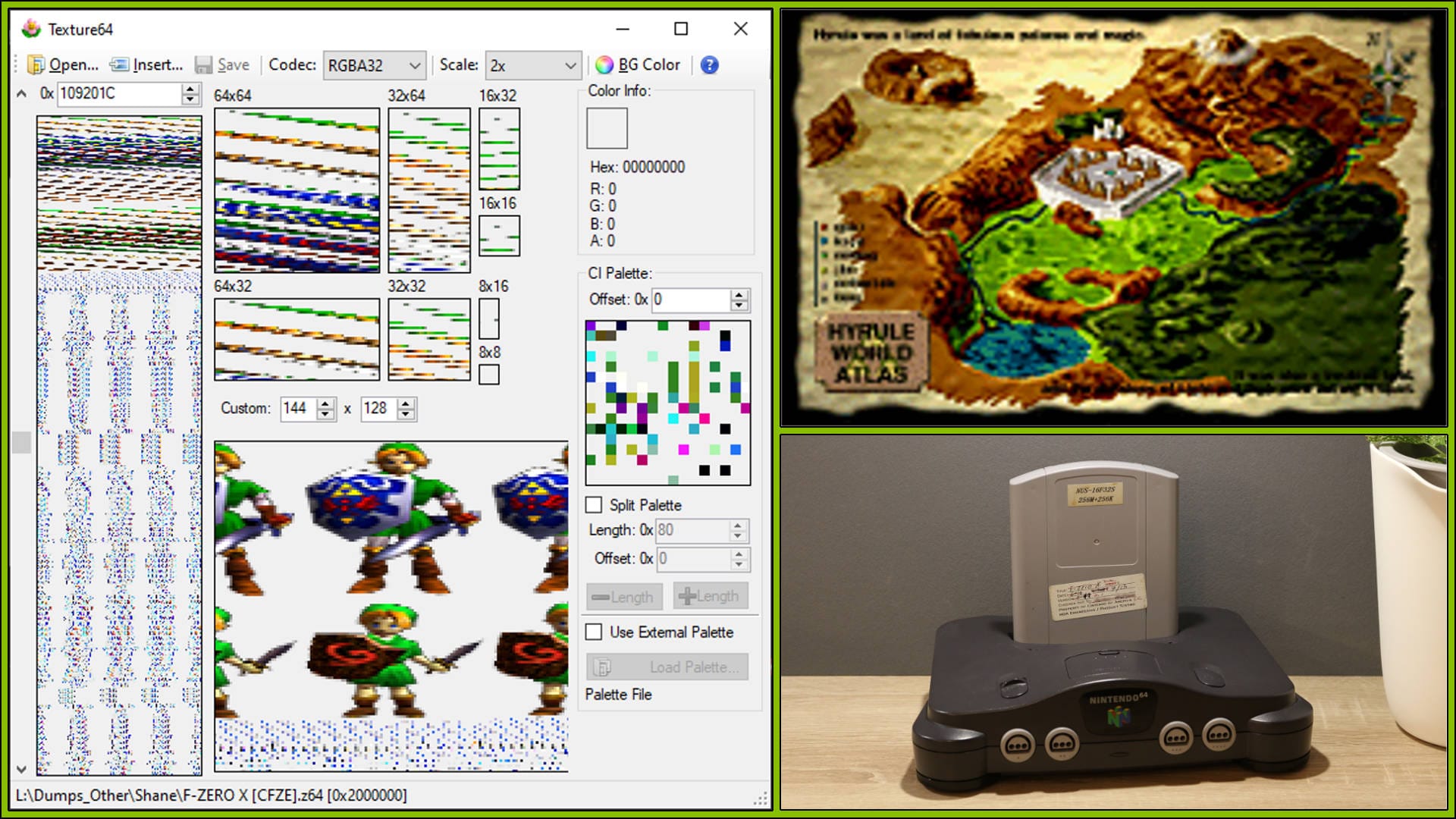 The Legend of Zelda: Ocarina of Time The construction of the prototype was posted online by Forest of Illusion. Separately, a Ocarina of time The beta has also been released and these two ROM dumps reveal some interesting facts about a classic.

If you have lived under a rock, The Legend of Zelda: Ocarina of Time is widely regarded as one of the best games of the Nintendo 64 era. Dedicated fans still craft mods to this day (which, of course, are affected by a Nintendo DMCA) and an innovative group has even created a mode online game for a ROM with personalized content.

Now the game preservation group “Forest of Illusion” has released not one, but of them pre-release ROM file dumps. A whole bunch of cool content has been discovered between the two, some of which reveals some rather interesting cut content and first glimpses of some of the game’s most iconic areas.

Today we released a prototype of The Legend of Zelda Ocarina of Time for the N64. Before you get too excited, this is a three day release before the USA REV 0 release. There are minor differences in audio, text, and gameplay.

This is the F-Zero X development cartridge which contains the Spaceworld 97 Zelda 64 data in the overdump. There doesn’t seem to be a lot of code or music, just graphics and maps. Zelda 64 data starts at 0x1000000 in hexadecimal.https://t.co/DsFpv5uVau pic.twitter.com/JUyOjGRP5w

The differences between Ocarina of time Prototypes and beta versions

The Ocarina of time the prototype and beta versions have key differences. The slightly less interesting version was only three days before the game’s launch, but even this version has over 500 differences between it and the final version.

What is much more interesting is the “Spaceworld 97” version. Space world was a trade show hosted by Nintendo in Kyoto, Japan, from 1989 to 2001. Part of the show focused on revealing new technologies and games, and this latest release features some work-in-progress content from The Legend of Zelda: Ocarina of Time. Now that that distinction has been made, let’s dive into what was discovered in these two versions!

TCRF’s ShimmerFairy ripped this amazing leaf from the early icons of the 1997 Ocarina of Time prototype overdump that released today.

Look at that crazy blue shell! Beginning of the grapple! So much more! pic.twitter.com/aXscW1DaTa

What has been revealed?

The Ocarina of time The prototype was only built three days before the game’s release, but that doesn’t mean there weren’t any notable differences. As the forest of illusion Remarks, a total of over 500 differences have been found so far.

The differences between the late prototype and the final version are collected and detailed in this Pastebin file. So far there aren’t many substantial changes. For example, the location of treasure chests has been moved to a few areas. However, work is still progressing in this area, and more details are likely to emerge as data preservation enthusiasts explore this content.

Some a lot more interesting content, however, was discovered in one or the other of the two versions. One such example is the collection of icons shown in the embedded tweet above. Some of these icons show clear differences from the final released version, and there are even a few cut and / or dummy elements included in the mix. For example, it seems that one of the Ocarina of time the prototypes featured a blue shell for some reason, although we couldn’t tell if it was a placeholder icon or something that was ultimately cut from the game.

So yeah, I’m guessing _26 is Kakariko, _27 is a graveyard, and DLViewer crashing _25 could be Hyrule Field so … pic.twitter.com/fNJTzcZ4Cf

Besides the mysterious iconography, a Twitter user named xdaniel explored the first map files. The images above show what appears to be a first construction of the village of Kakariko, and this is just the beginning.

xdaniel lists his discoveries in this Twitter thread; other reveals include what appear to be multiple cutoffs and dungeons. Unsurprisingly, it looks like there were several areas that never made it into the final version of The Legend of Zelda: Ocarina of Time.

The last item of note we’ll cover is what appear to be spells that have been cut from the game. Remember those weird medals shown in the beta icons at the start of the article? Well, it looks like Link would have had access to six powerful spells, including one that would have allowed you to transform into Navi and travel around the world.

Here is the translated spell text, via MrCheeze:

I have a fire medal!
Set it to C and use the magic!
I will burn the melamella, the magic of fire.

I have an ice cream medal!
Set it to C and use the magic!
The fire is extinguished with a click.

I have a wind medal!
Set it to C and warp!
Deformation in case of danger.

I have a soul medal!
If you use it in C, you can become Navi!
Become Navi and fly!

I have a medal of light!
Set it to C and light up everything!
The magic of light that captures the darkness.

I have a medal of darkness!
If you use it in C, it’s all right!
It’s dark and the enemy doesn’t even notice it!

At a minimum, these findings give us a glimpse of what never became part of the final construction of The Legend of Zelda: Ocarina of Time. However, we’ve only scratched the surface – these versions haven’t been out in the wild for too long, and hobbyist hackers and game curators are likely to discover even more interesting things as they explore the data.

Critically, there may be more information about how this cut content was meant to work in the finished game. If that turns out to be the case, we could very well see modders reintroduce it and bring an interesting new twist to one of the classics of the Nintendo 64 era.

What do you think of the cut content discovered in The Legend of Zelda: Ocarina of Time prototypes and beta versions? Which of the six cut spells would you have used the most? Let us know in the comments below!

Ocarina of Time demo leak reveals Link could once turn into Navi • Eurogamer.net