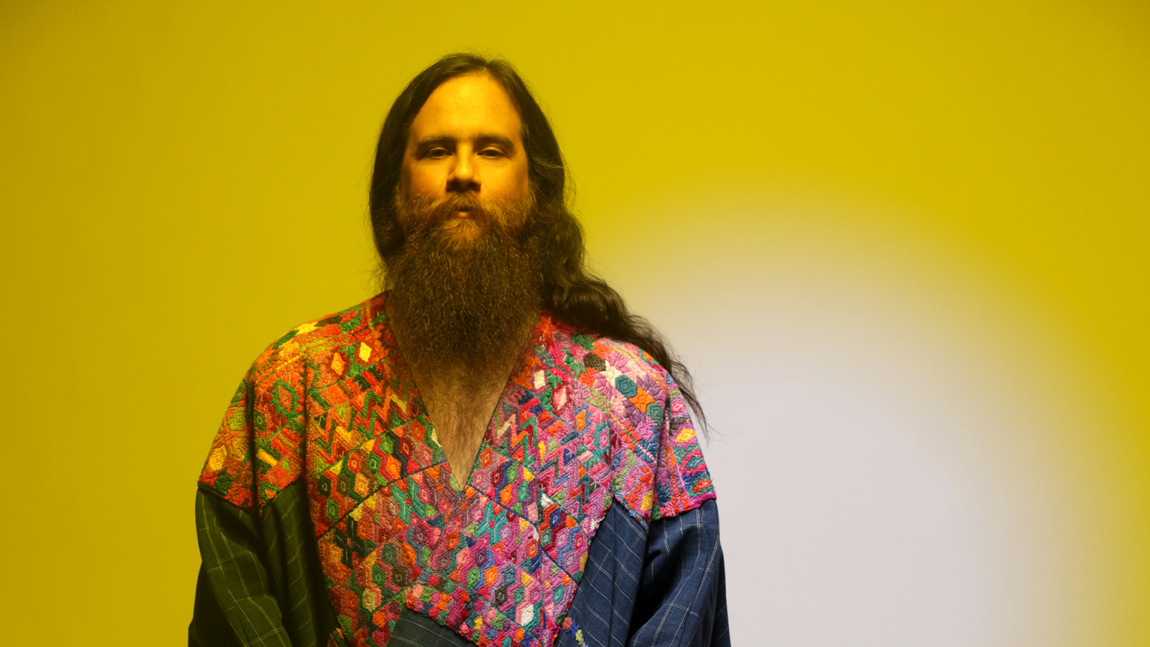 If you’ve been emotionally connected to Los Angeles’ underground soul and beat scene over the past 20 years, there’s a good chance you’ve been around Carlos NiÃ±o. The CV of the producer and multi-instrumentalist is filled with important radio shows (KPFK’s Space routes, as well as the Web Dublab, which he co-founded), events (producing the legendary DJs Shadow and Cut Chemist Brain freeze show in 2000), and collaborations (precious jazz players like Hamid Drake and Phil Ranelin, electronic producers like Daedalus and Dntel, original New Age music Iasos, Doors drummer John Densmore and many more). His solid reputation is only one of the reasons why, when NiÃ±o calls on “friends” to put together an album, quality, relevance and passion are there. The only question left: “What is the musical direction?”

At Flutes, echoes, everything happens!, the answer is spiritual enlightenment and the different sound paths that lead its players and listeners to a higher state of consciousness. If the idea that a specially blended mix – of melancholy New Age harps and percolating Space Age strings, powerful bass and sounds of nature, exploration of astral jazz and sonic black holes – can make a difference in your life, then you may have come to nirvana. Because this mix is â€‹â€‹an ascendant, often moving, of 40 minutes of music.

As a constructed part, Flutes is a collage, as NiÃ±o puts together shows, live performances, new and old studio recordings, other people’s leftovers, and newly added layers to create beautiful new creatures. As an emotionally serious piece of music, it attempts to find peace through a wall of sound – and doesn’t end up sounding boring, identical, or preachy. The closest thing to a cheap thrill here is at the end of “It’s All Happening”, the album’s most rhythmically powerful track. What begins with a spectacular Madlib beat moves through an impressive patch led by the strings of Miguel Atwood-Ferguson and ends with Dexter Story’s analog synth jumping into the void; as the final synthetic chord continues to stretch and fade, comes NiÃ±o with the whispered late-night radio-DJ voice. “Wow,” he said, the smile audible before he took a deep breath, suggesting he might have held his during the jam. “Woooooo. Here we are, man, it’s all going. Whoa. Wow!” This last exclamation is suddenly fed by an echoing vocal filter to cut short the transcendence.

Far more often the transcendence persists and the more mundane notions of music are what are rejected. There is a continuity here between elements that many might never have bothered to put together in the first place: how the keyboards and harps played by Iasos and the strings and arrangements of Atwood-Ferguson share the high-end tones, or how the sweet chaos of Story’s synths matches the exploratory nature of Kamasi Washington’s saxophone, or how NiÃ±o places atmospheres of nature in corners throughout much of the album. . Sometimes that continuity is expressed in programming and sequencing – much like “Alice’s Chord”, essentially a trio consisting of Yaakov Levy’s piano, Story’s drums and an ever-present chime ensemble, forms a meditative tide before merging into “Joyous Gratitude”. in which Kamasi Washington leads a unique assembly called the Cosmic Band towards Heavenly Punctuation. Sometimes this is expressed in contrasts, like when “4 Directions Collage”, an Atwood-Ferguson spotlight that sets strings for a dark, stormy night alongside an arrangement more suited to romantic comedy, is immediately followed by â€œAetheriaztlan,â€ a Brian Eno-esque Fourth World ethno-vibe installment that stars the Aztec band Aztlan Unearthed.

In essence, NiÃ±o is the conductor. The party may be his own, but by design there is no host or owner, just a shared sense of direction. Selflessness is part of Event. To that end, the album’s longest vocal track is owned by Iasos, a conference of mixed metaphors in â€œWaterfallâ€ that connects the global energy source with nature and love; and his most heartfelt performance is in “On Into The Rise”, another sample from Washington leading the Cosmic Band in a radio studio. This group (NiÃ±o, Washington, Story and Atwood-Ferguson, with vocalist Dwight Trible, keyboardist Mark de Clive-Lowe and bassist Brandon Eugene Owens) reunited for NiÃ±o’s finale. Space routes radio program in March 2015; here, the piece is an excerpt from a 30-minute improvisation. His very existence is a testament to NiÃ±o’s stature in the community and the values â€‹â€‹he espouses. Flutes, echoes, everything happens! is a great expression of these values.