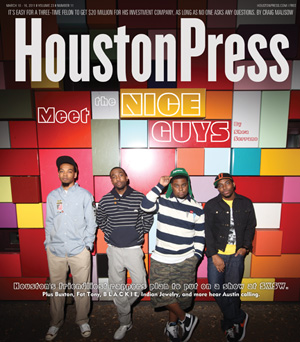 If you’re anything like Rocks Off, you worry about two things: a) That the olive jars are somehow sensitive and are plotting our demise; and b) that when the dead are resurrected and life becomes an uphill struggle between the living and the zombies, there will simply be no time for music.

Thanks to a man, Christopher Michael David Herron, we don’t have to worry about such a thing anymore. Herron was inspired by a competition to produce a musical instrument from garbage or waste – the contest administrator, a morbidly obese man named Albert, could not be reached for comment.

Herron decided he would use what will surely be the most common items after WWII, namely the exhausted shell casings dropped by desperate defenders before hordes of ghouls brought them down. The result is a fully functional pan flute, and Herron was even able to perform Beethoven’s “Ode to Joy” using the instrument.

Obviously, we’re dealing with a prophet and a genie, so Rocks Off has emailed Herron Hollow Volcano lair in Colorado asking him more about the music of the future desert.